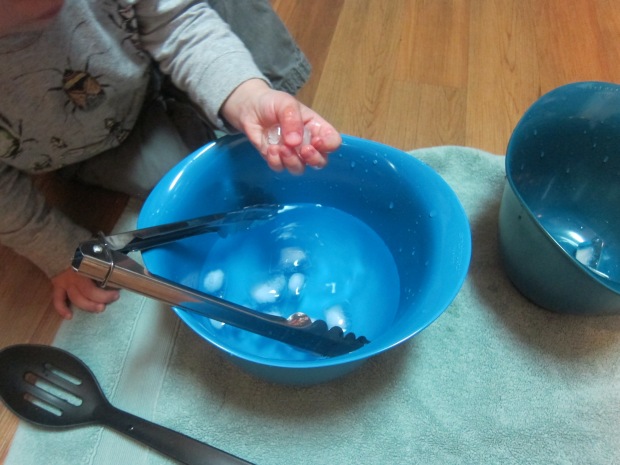 This game involved a simple introduction to the scientific method, with Travis needing to make a hypothesis. Although I thought the answer would be obvious, even I was surprised with our results!

To set up, place ice cubes in one bowl (with a little water) next to an empty bowl. If you’re inside, it helps to have a towel under the bowls to contain any spills… or save the game for when you can play outside on a warm day!

Next I presented Travis with three options for moving the ice from one bowl to the other – a regular spoon, a slotted spoon, and kitchen tongs. Which one would be the best way to move the ice, I asked him. He immediately grabbed the regular spoon and started transferring. 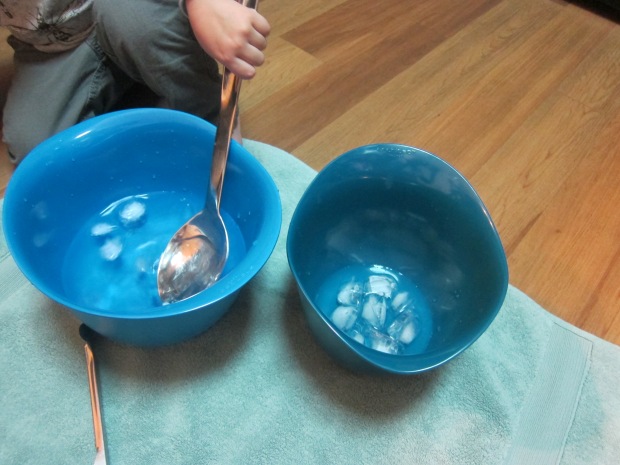 What happened next was quite interesting though. The spoon worked great, but as the ice cubes began to melt and grew smaller, they slid off the spoon. The best tool for the job turned out to be…the tongs, which I hadn’t thought Travis had mastered! So the result surprised us both. 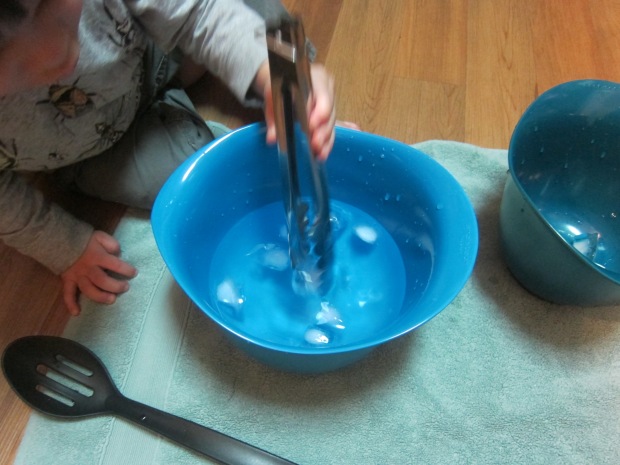 The slotted spoon, which I had surmised would be his favorite, was a bit of a dud. He was so into the regular spoon and tongs that it didn’t interest him to see the way the water slid through the slots as he scooped up a piece of ice. 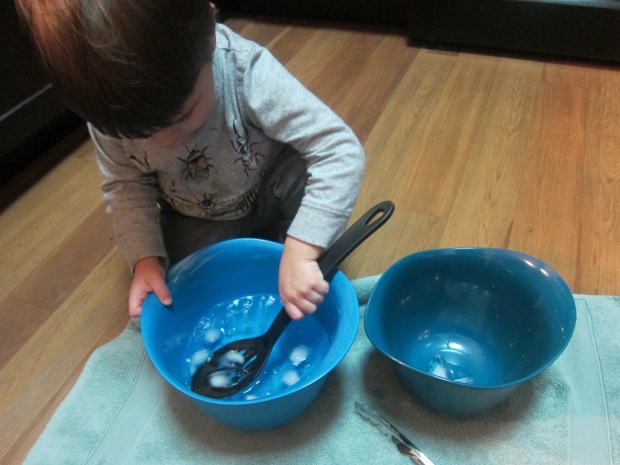 The fun lasted until the ice cubes all melted! 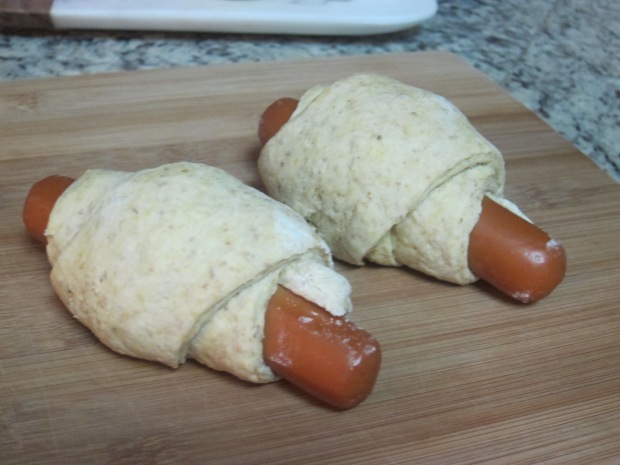 Use any brand of tofu pups (i.e. soy hot dogs) from the store to make the ever-popular pigs-in-a-blanket without the pigs!