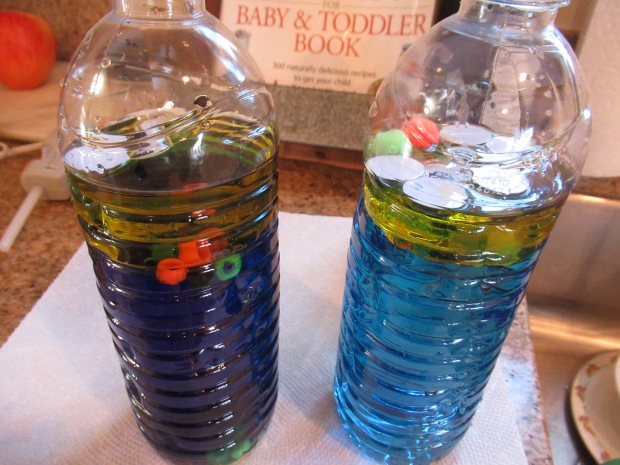 Many toddlers are fascinated by wave bottles and sensory bags, and yet Veronika always just wants to get her hands on the items inside the jar or bag, rather than merely to observe. So today I did a bit of a test, first making a wave bottle in the bottle and then putting those same items out of the bottle, to see which she liked better. The verdict was quite clear, so read on!

To start, we set up a classic wave bottle. Add water to an empty plastic water bottle until it’s about two-thirds of the way full. Veronika helped squirt in a few drops of blue food coloring, but even already she wanted to pick up the bottle for pouring and transferring. I had to hold her back!

I showed her a few trinkets we could put inside; we made one version with beads and one with small pom poms, and then we added wiggle eyes to both. Now, fill each bottle the rest of the way with vegetable oil, and seal the cap on with hot glue.

Of course the fun is meant to be in watching the items wave back and forth, especially how globs of oil will move through the water since the two substances don’t mix. The wiggle eyes, in particular, pop right to the top of the bottle no matter how you shake it, which is fun to watch. 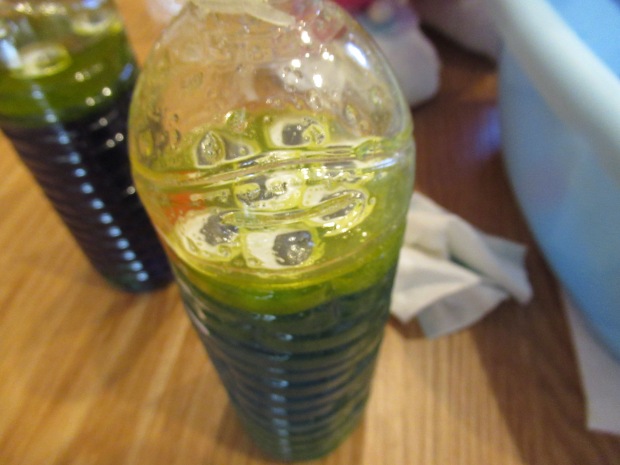 But did this hold Veronika’s interest? No! She immediately wanted hands on all the little trinkets we’d inserted into the bottles. So next we set up an “open” wave bottle. First, we placed the pom poms, beads, and wiggle eyes into the bottom of a craft bin and then she carefully poured in water from a clean bottle.

Then she squeezed in the blue food coloring when I wasn’t even looking! 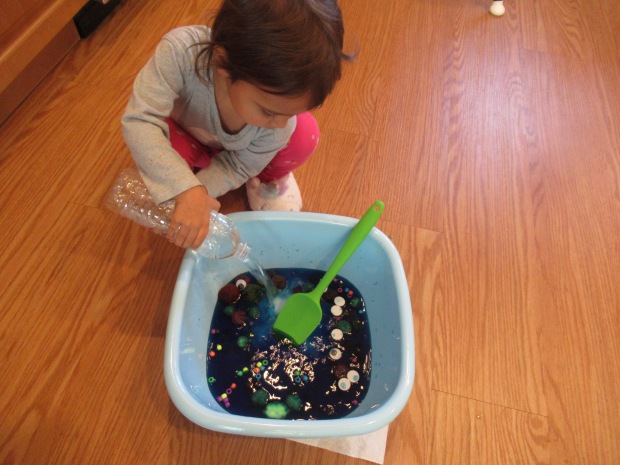 She loved stirring through, as well as selecting an item and picking it out by hand, for example with all the wiggle eyes.

The verdict was clear: The closed bottle interested her for less than ten seconds, whereas she spent almost half an hour with her open “wave”. 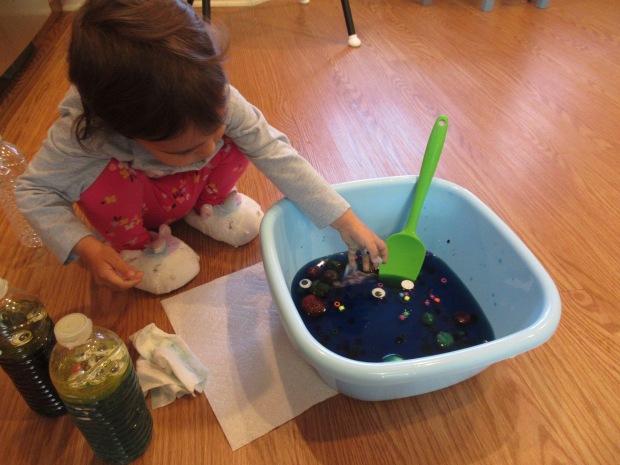 Which version does your toddler prefer? Please share in the comments!