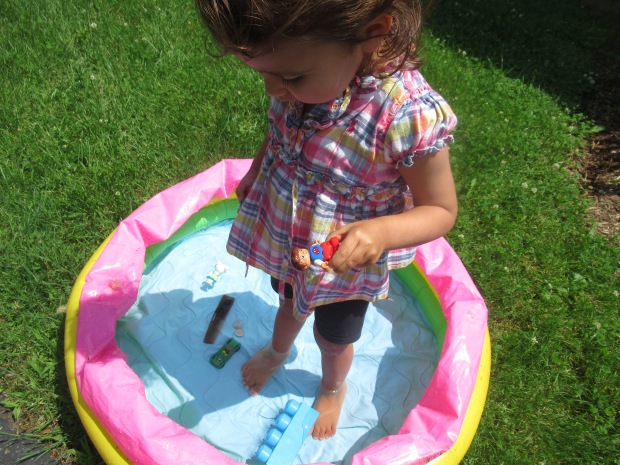 It was a scorching hot day, so I filled the kiddie pool with a shallow layer of water and assumed Veronika would want to jump right in. When she was a little hesitant, I wondered what would happen if a few objects “jumped” in first.

I brought out a bag of objects and she began tossing them in one at a time. As each landed, we shouted out whether it sank or floated. 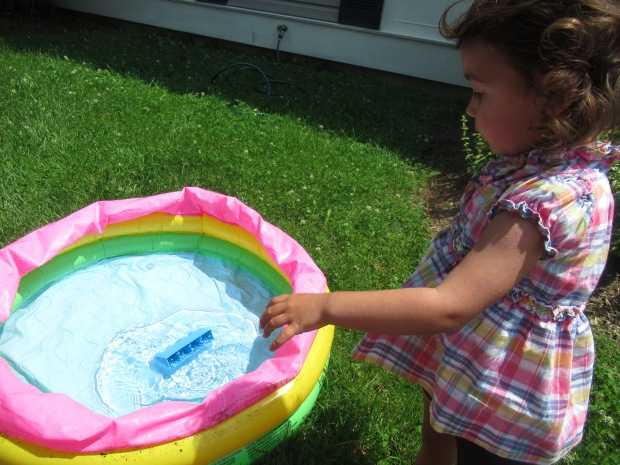 “It floats!” she said of a Duplo block. 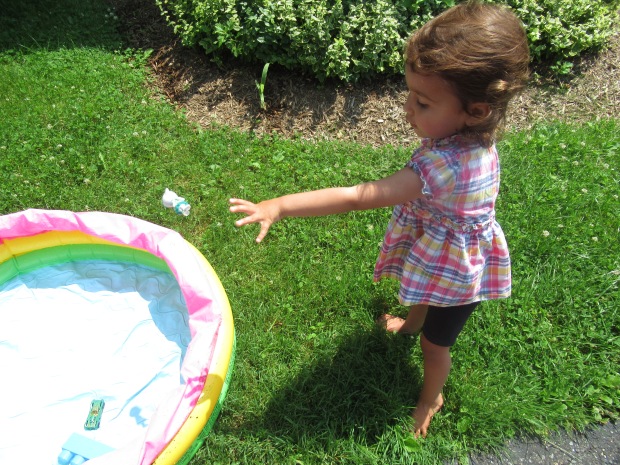 “It sinks!” she called for a comb, toy car, and nickles. (And of course we made wishes while tossing in the coins). 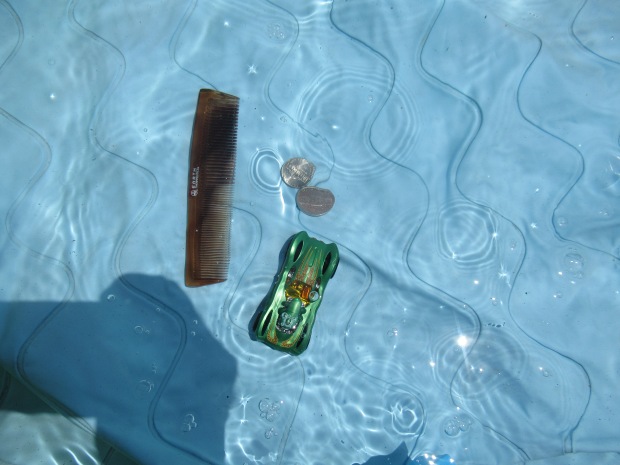 A few favorite toys were next, all of which could swim i.e. floated. Now she was ready to climb in. 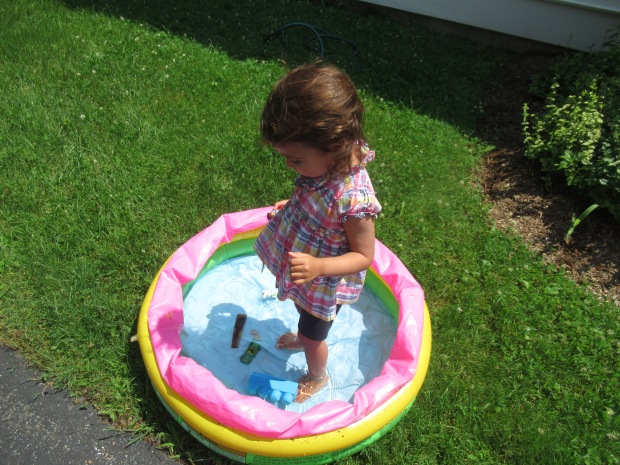 Pretty soon she was loving the way the water cooled off her little feet, and as a bonus, now there were tons of toys to play with in the water!

Between my big kid practicing his math with chalk games and my toddler practicing science at the kiddie pool, it was a day of fun and learning.