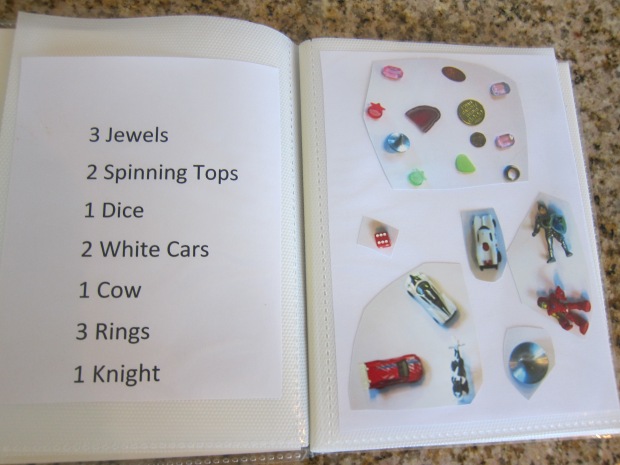 Here’s a homemade take on classic I Spy books! Although not nearly as detailed or tricky as the real thing, it’s a fun project to put together, and you can involve your child in the process from start to finish.

First, we needed to create a few tableau that would later be cut apart to make our I Spy pictures. Travis liked setting the stage on a big piece of white poster board.

We chose three categories: his superheroes for the first; his cars for the second; and miscellaneous toys that he has collected for the third.

I had the pictures printed while he was at school for a surprise when he came home! 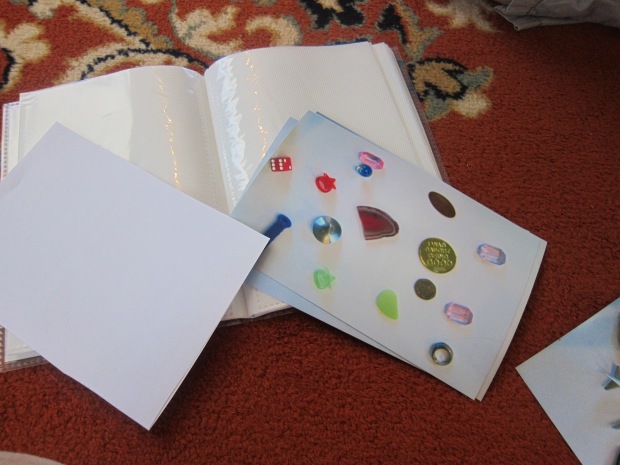 Next, we needed to cut them up so we could shuffle things around a bit. This was mostly a grown-up step, but big kids might want to decide what items should go on which page.

Once we cut and pasted, I slipped the pieces of paper into the sleeves of a small photo album.

For the facing page, I typed up a list of things to find in each section. Travis was intrigued trying to guess what numbers matched which words! 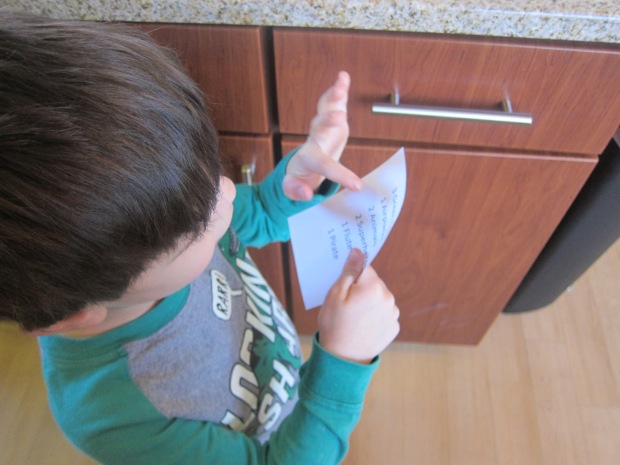 Now it was time to sit down for a challenge! Could he find three green cars?

Two members of the royal family? 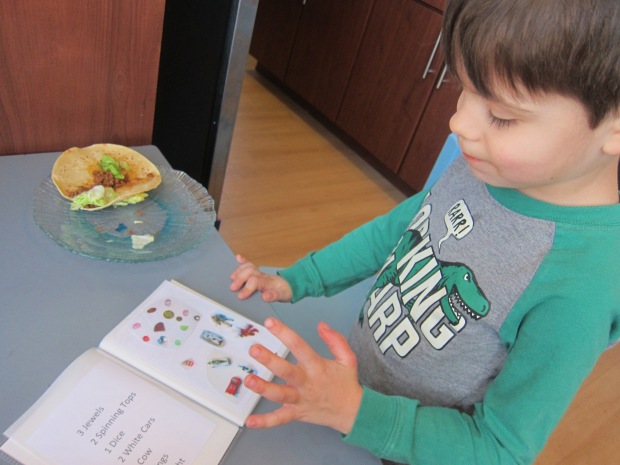 This project was cute and engaging, a definite hit!