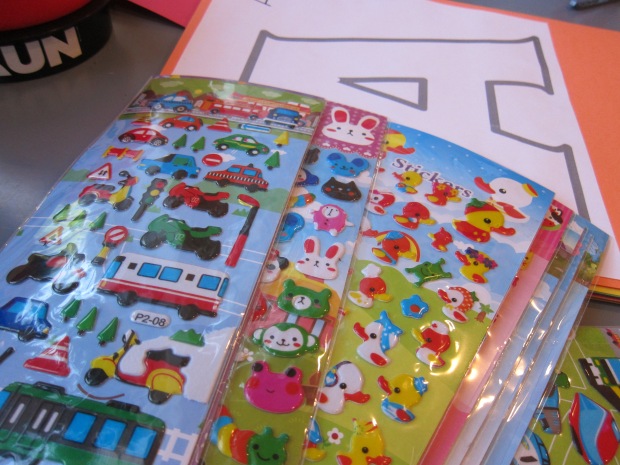 As with playing Letter Detective, here’s an activity you can do with your child over the course 26 days. We ended up taking a short-cut (read on for why!) but Travis really enjoyed the process.

To start, I made a “book” with a printed letter of the alphabet glued onto colorful construction paper for each page. Hole punch these and tie together with yarn. 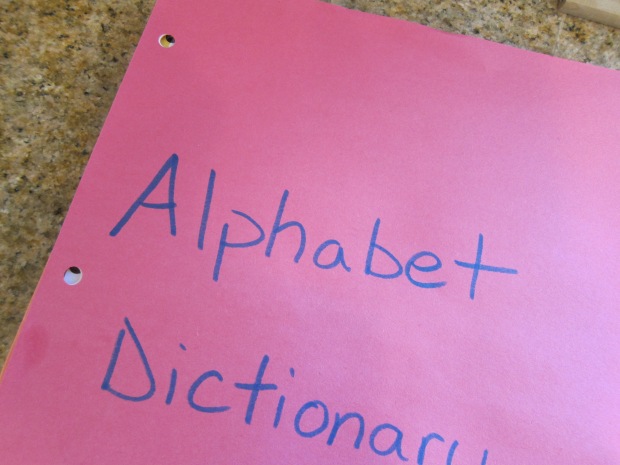 Each day, Travis drew something beginning with the assigned letter on its page. Then we went through stacks of fun stickers and added anything that started with that letter.

“A” received an apple drawing, as well as apple and alligator stickers on the first day.

He was so excited to get a second chance to comb through the sticker packs on day #2, and found bananas, bunnies, and buses for “B”. 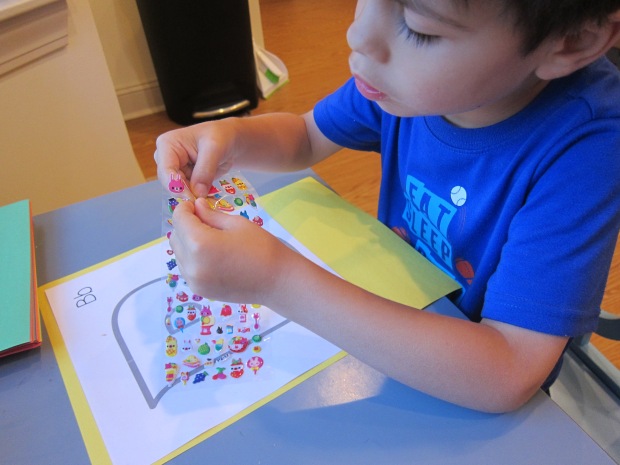 Plus drew a “bagel”!

After a few days of focusing only on one letter per day, I realized Travis was frustrated finding stickers he couldn’t use yet. So instead, I laid out all the printable pages for him, and a whole pack of stickers, and made it a free-for-all.

Well wouldn’t you know he loved it! “Thanks for buying all these stickers!” he declared, happily stickering all over, occasionally asking me where one belonged. 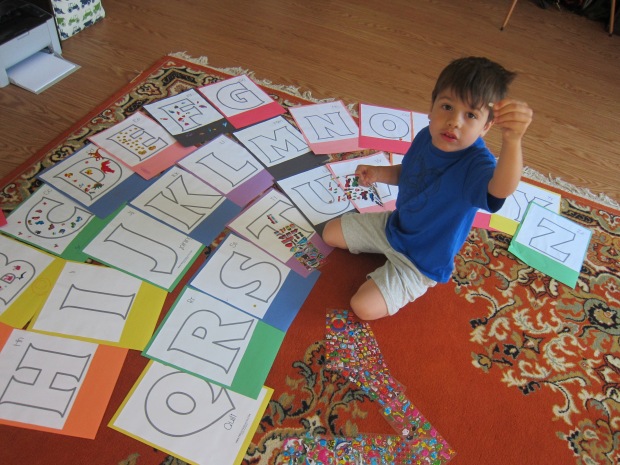 Based on the sticker themes in our set, we had some letters that received lots (S for stars, T for trains) and some with relatively few.

We got a little creative; our E page was covered in “emotions” from emoticon stickers. 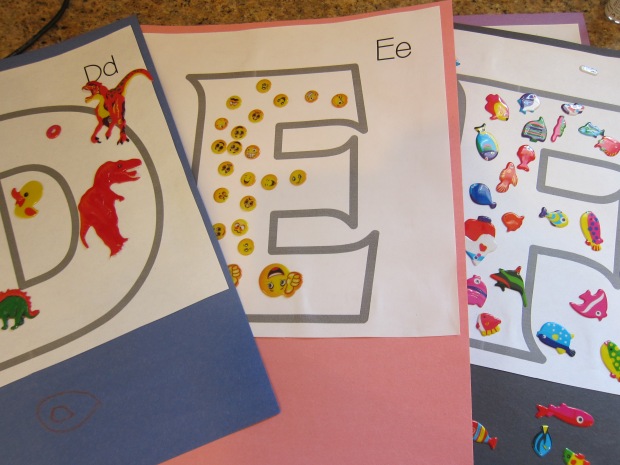 Another idea is to supplement with pictures cut out of magazines. One way or another, Travis was very proud of his “dictionary.” 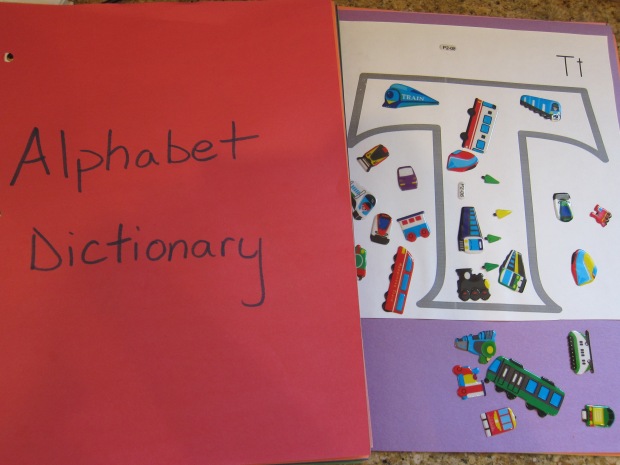 It was a great phonetic addition to the tracing and modeling we’ve done throughout the summer.

I would say this boy is kindergarten ready!