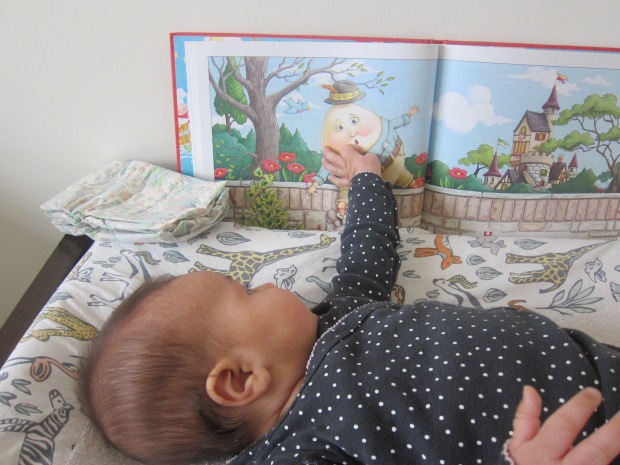 Veronika and I are moving beyond fingerplays, since she’s old enough now to get her whole body in on the fun for action rhymes. “Humpty Dumpty” is a great one to play with your little one, because the more you do it, the more he or she will anticipate the moment of the “fall.”

First, I simply recited the rhyme to her, to familiarize her with the rhythm and words. As a reminder, here’s how it goes:

Humpty Dumpty sat on a wall.

Humpty Dumpty had a great fall.

A Mother Goose book made for a great visual! 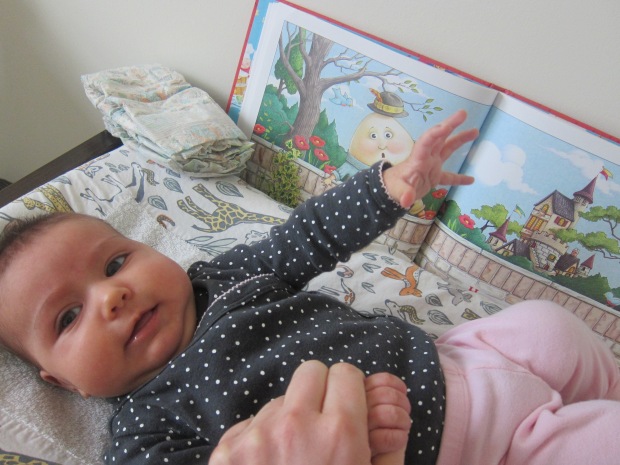 Later, I sat her on my lap, with a soft mat behind her. Hold your baby securely under the armpits and recite the words. 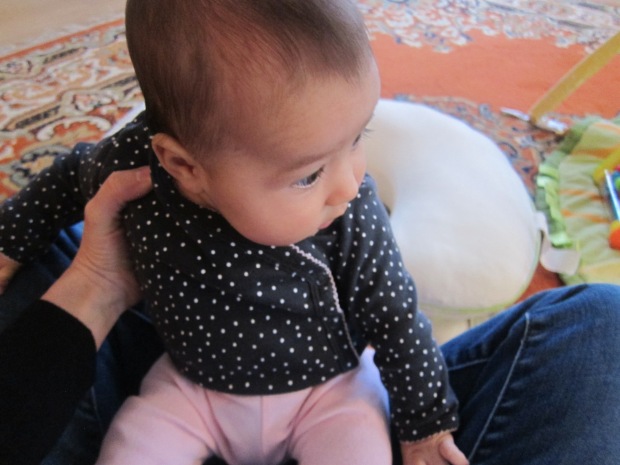 On “fall” we went back with a little tickle, then lifted her back up to a sit for a repeat. 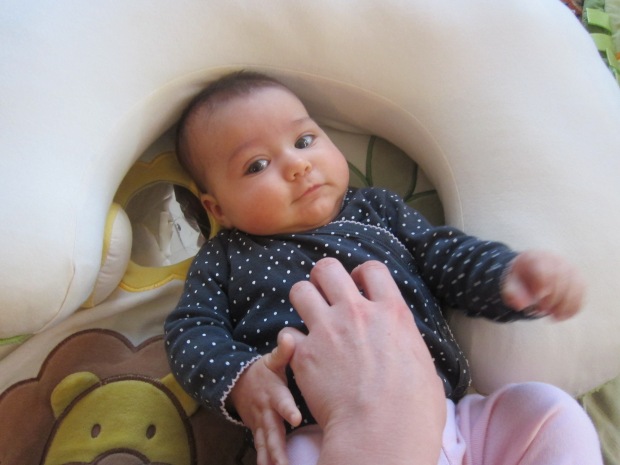 She soon was very into the motions and game! This activity will strengthen muscles, give your baby a good grasp of language, and teach emotional cues, since your smile and happy eyes will confirm that the game is all in good fun. 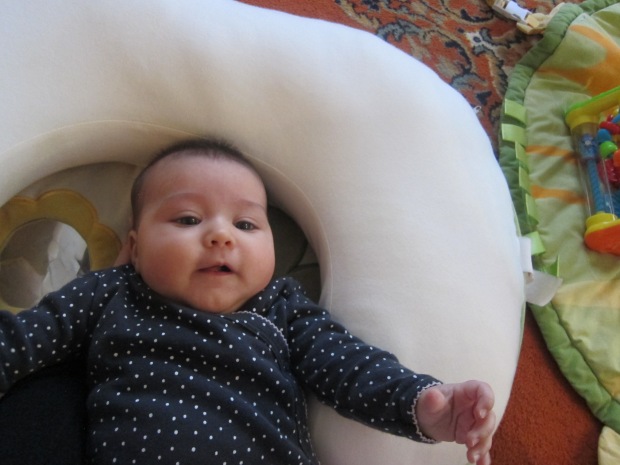 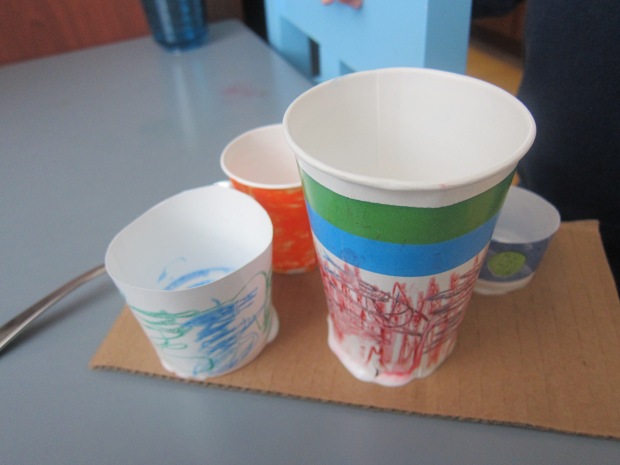 A kitchen band never gets old; everyone loves clanging on pots, tapping together spoons, and banging on old pans, from toddlers to big kids. But sometimes I don’t want to clean out all the pots after the kids have played with them… and that’s where these clever paper cup drums come in, this month’s craft from High Five magazine. Travis got to use kitchen items for his instruments and I had no pots to wash – a win-win! You’ll also get to teach a little science, thanks to the different tones the drums make. 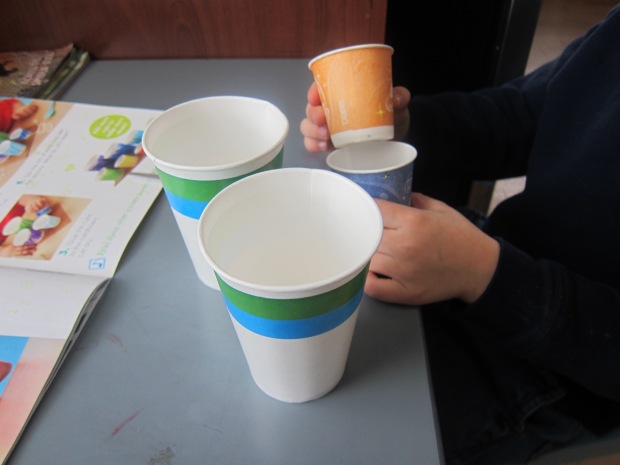 First, set out 2 large paper cups and 2 small ones. Cut one large cup and one small cup in half, leaving the others whole – great scissor practice! 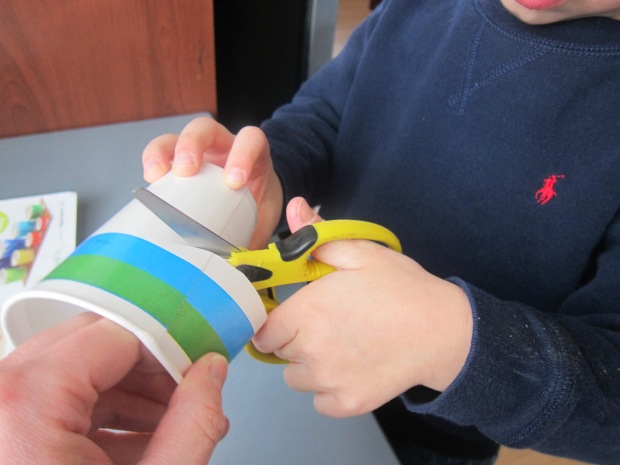 Travis decorated the cups next, using marker on the outside and then coloring inside them, too, which I wouldn’t have thought of! 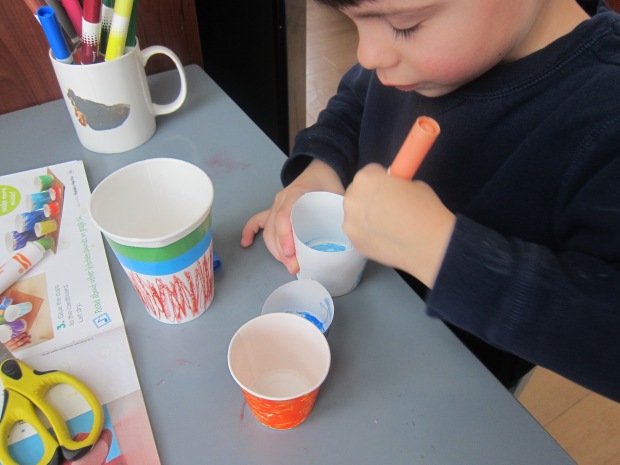 We glued down our drums as a “drum set” on a piece of cardboard, then waited for the glue to set. 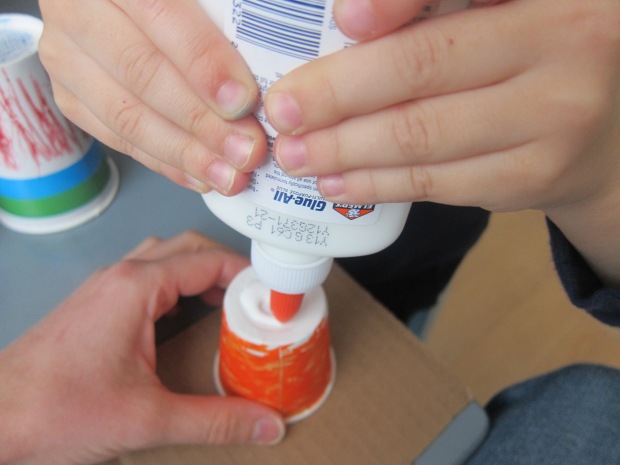 Once dry, it was time to play! Use a spoon to tap on the “drums” – first we just enjoyed the sounds. 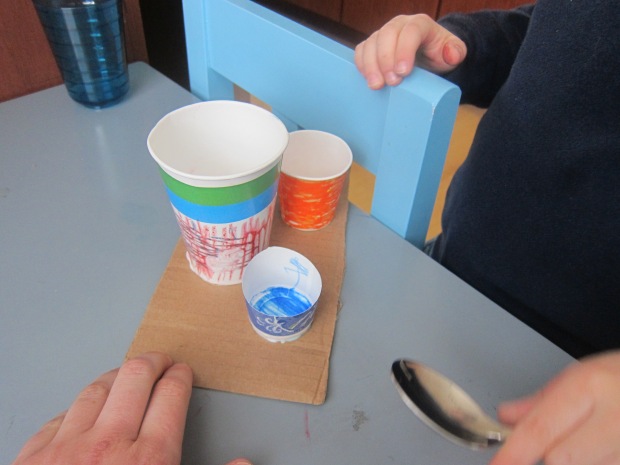 But to be more educational about it, I asked Travis what difference he noticed between the big cups and small ones. Tapping first one, then the other, he could hear the difference – a low tone, then a high tone. 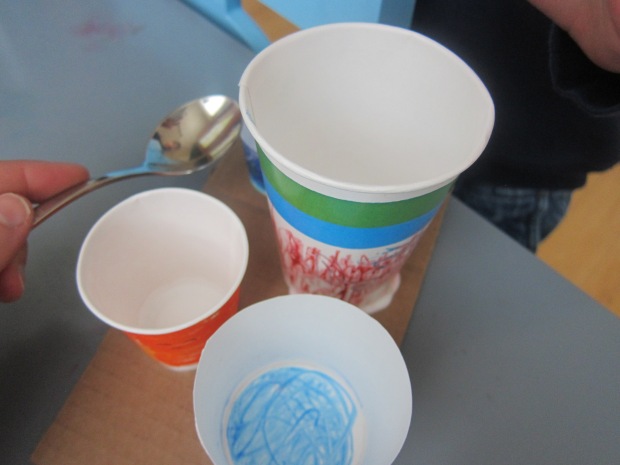 I challenged him to guess how the medium cups would compare. Lower or higher than the big? He initially guessed lower, but then amended his guess once we played the tone. Interestingly, your intact small cup and cut-in-half big cup should now be nearly the same size, and thus sound quite alike. 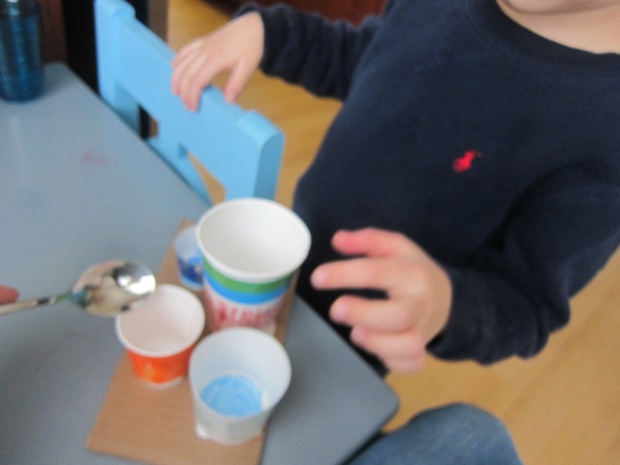 Note: We originally tried using a metal spoon, but found that the difference in cup size/tones was much more apparent when tapping with a plastic spoon. 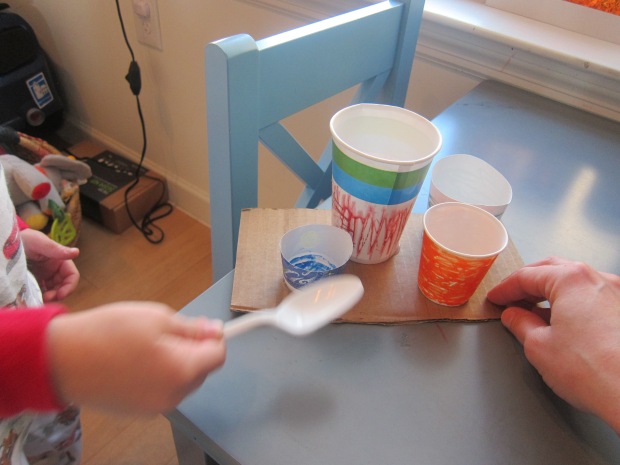 Thanks for the musical play, High Five!