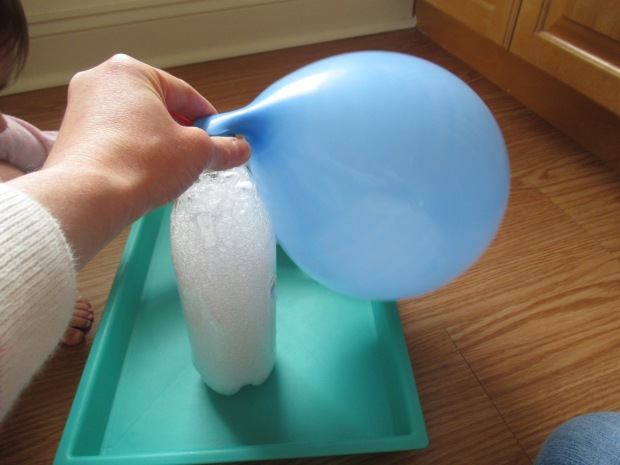 It turns out that helium isn’t the only gas that can inflate balloons. You’ll wow your kids with a bubbly explosion of baking soda and vinegar for this “magically” inflating version.

To set up, I first added white vinegar to an empty water bottle, using a funnel to avoid spills. Set aside over a tray.

Slip the end of an uninflated balloon onto the funnel and add baking soda (I didn’t measure, but we probably poured in about 1/4 cup. Now carefully fold the lip of the balloon over the top of the bottle, but make sure you don’t upend the baking soda just yet. 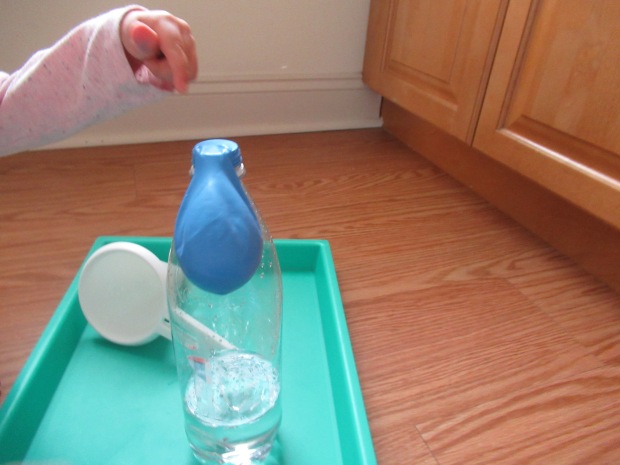 This made for such a bubbly, fizzy, dazzling reaction! I worried that the balloon might pop off the bottle if there was too much pressure that built up, but luckily this didn’t happen. Still, I was glad we had a tray underneath the experiment, just in case.

Travis was thrilled when he put his arms around the inflated balloon at the end, almost disbelieving that we’d blown it up so big. Just be aware that this isn’t the best balloon to knot off and play with after, as some liquid will remain inside.