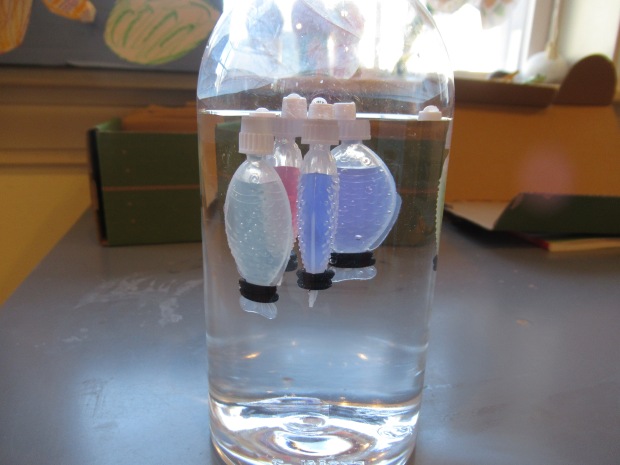 Here’s our unboxing review of Travis’s latest from Kiwi Co, all about the ecosystem of pond life. This was a neat divergence from past crates, in that it focused on a place rather than one scientific principal. There was lots to learn about frogs, fish, and more!

The first project was the most creative of the lot: making Chalk-Art Frogs. The process relied on surface tension (floating chalk) to color in the provided paper frog shapes. Travis helped put together the provided chalk grater and loved carefully grating a mix of chalk colors into it. 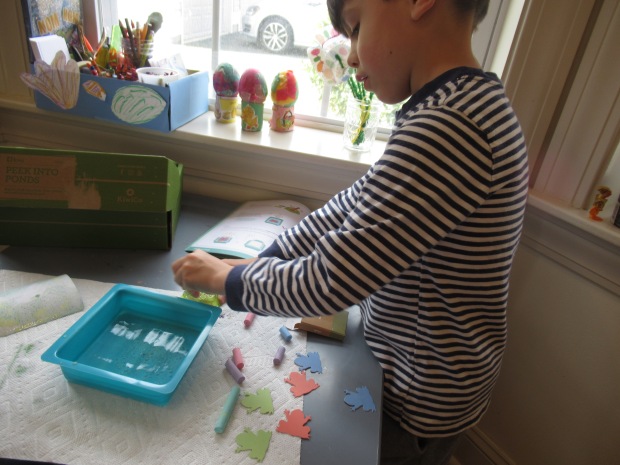 Tip over the provided tray of water and gently tap out the chalk. We did a test run on a provided square of paper first.

Lift up gently for the big reveal!

Next Travis carefully added the frogs, which didn’t pick up the chalk as clearly as the white paper, but were still neat. Let dry completely, then move on to… 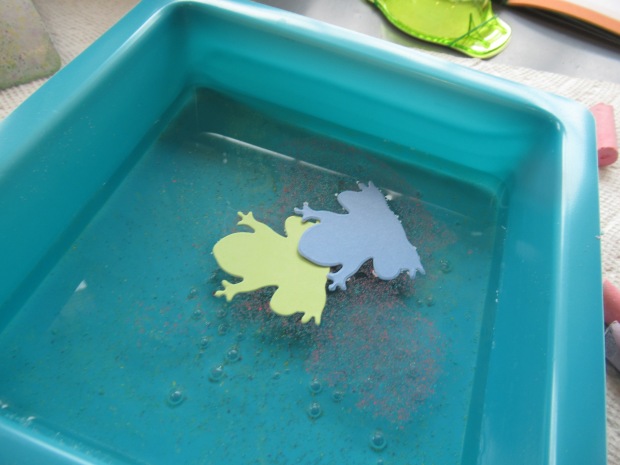 …project two, a Leaping Lily Pad. The scientific principal in action this time was energy, as in a spring (or a frog’s legs). Travis decorated the provided cardboard lily pad with a few of his completed frogs, then it was just a matter of wrapping it with the provided rubber band to create tension.

We found that this only worked if we used both provided elastics, not just one. 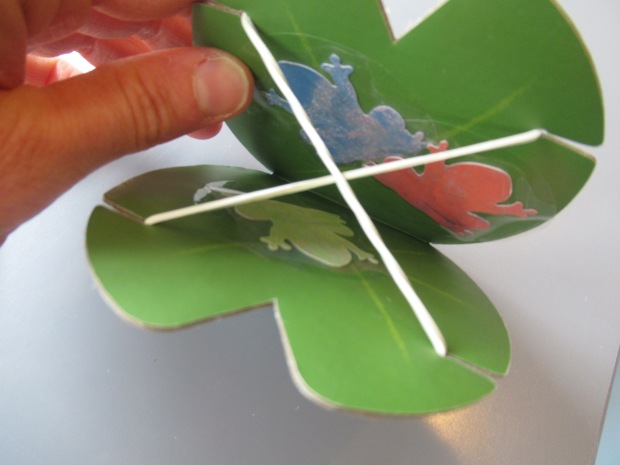 Now it was time to peer under the pond water and make an Aquarium in a Bottle, with the scientific concept of density at play. Travis mixed the provided salt into warm water, and filled three small plastic cups. For a fun way to color them, Kiwi instructs kids to scribble marker over thin paper squares. Place the paper in the cups, one each for red, yellow, and blue, and the water immediately changes color.

When all our fish were just right, Travis added them to the provided clear bottle for a little “aquarium” he can keep on display. 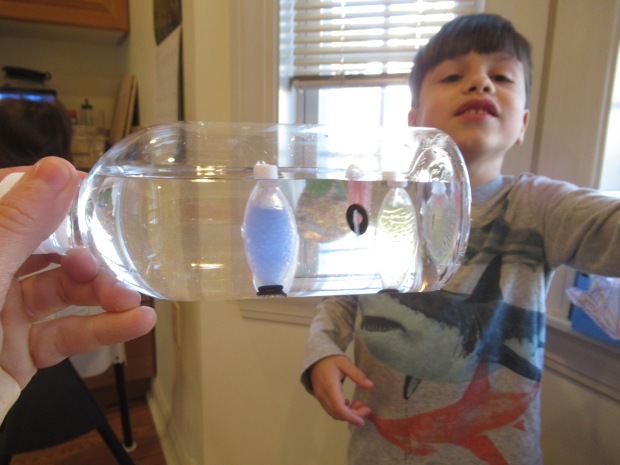 Kiwi often provides ways to upcycle the crate itself, and this month was no exception, with a suggestion to make another “leaping” project: Lively Leaper frogs.

Cut the front flap from the crate (or a similar box) that measures 7 inches long x 2 inches tall. Make notches at 1.5 inches and 3.5 inches. Fold in half at the 3.5 inch mark, then fold again at the 1.5 inch mark, down in the opposite direction.

Just like the lily pad, hold your finger on it, then release and the frog “jumps”. We added a little green frog with marker for extra effect.

Overall, Travis liked that this crate explored lots of scientific concepts instead of just one topic in depth.