We tried out a pipe cleaner crown the other day, but unfortunately it was short-lived. The pipe cleaner segments unwound from one another quickly after King Travis tossed it around a few times. We thought a felt crown might stand up to more rough and tough kingly play!

First, trace an outline for your crown on white felt and cut out.

Even this large piece of felt wasn’t long enough to stretch around Travis’s head, so we cut an additional strip of felt to sew on the back. This ended up being the neatest part of the craft for Travis. With careful adult help, we threaded yarn through the felt to secure the extra strip in place.

Before sewing though, I asked Travis how he would like to decorate the crown. He wasn’t very into the permanent markers I offered, making only a few scribbles. (I ended up ending a few lines of decoration across the front). 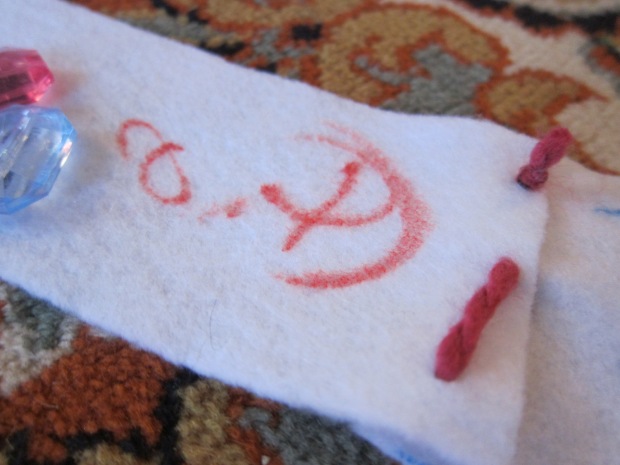 He did, though, love the “gems” from the craft store that I had. 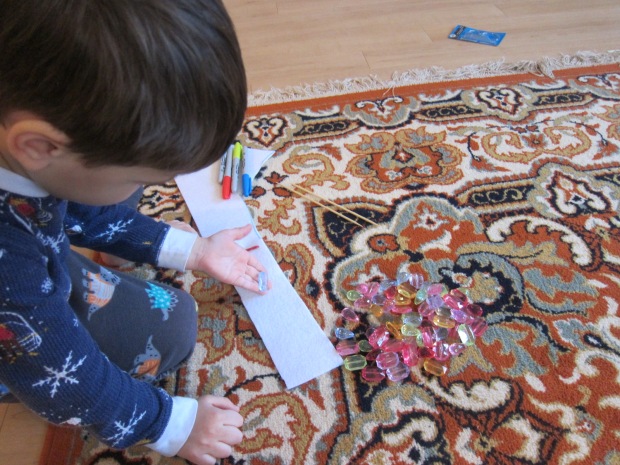 Very careful consideration was given to which gem should go where, and then I adhered them with hot glue.

If you have decorative buttons on hand, you can also add those to your crown – another chance for sewing through the felt!

Once he had the crown on, I realized he actually looked more like a medieval bishop than king! But either way, this is a great dress-up prop.

One thought on “Felt Crown”