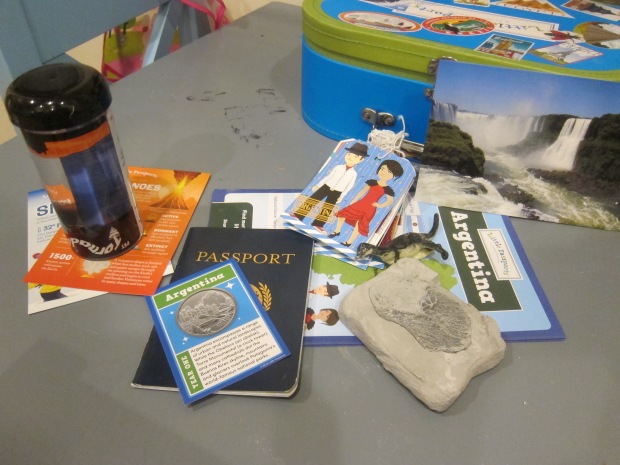 Travis quite enjoyed his Argentina package from Little Passports, particular how hands-on this particular country’s activities were. 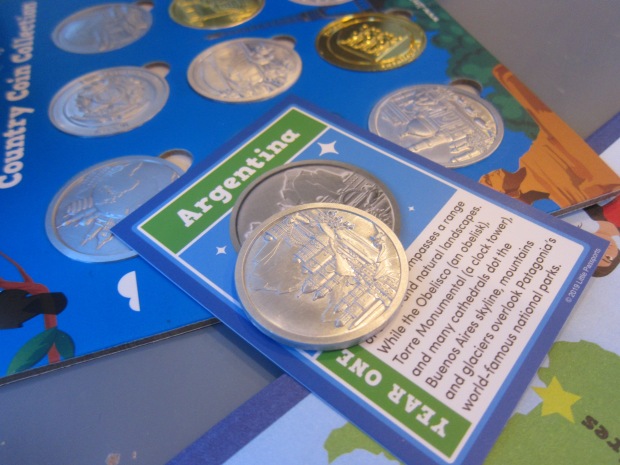 He dove right into the usual fare (a passport stamp, a sticker for his suitcase). The booklet had a few activities that were right at his grade level (learning colors in Spanish, a dot-to-dot) and some that were tricky to grasp as a first grader (adding team scores for Argentina’s national game of Pato).

Travis always wants to know what “Sam and Sofia” have sent right away, and this one did not disappoint. After learning that some of the world’s largest dinosaurs have been found in Argentina, kids will have a little fossil kit to dig up their own Gigantosaurus.

Travis loved alternating between the pick and the brush until he had carefully unearthed the skeleton.

The optional add-on for Argentina was a Weather Lab kit, based on Argentina’s active Andean volcanoes and snowfall in Patagonia. We’re so glad we opted for it! First we made instant snow, which little sister Veronika loved playing with even more than Travis.

I read them facts about how ice crystals form as the kids played with the neat mixture. Next was a tornado jar which Travis could spin to watch a funnel cloud form.

But best of all were the provided materials to make a volcano. We mixed warm water into powdered clay (I was proud of Travis getting his hands in there!) and then shaped a little volcano around the provided plastic cups.

To be honest, this clay was hard to work with, but we got something vaguely resembling a volcano. Once it dried (which may take a few days), Travis painted it with the provided watercolors.

Time for an explosion! Fill that central plastic cup with 1 tablespoon baking soda. Add a few drops of red food coloring and liquid dish soap, then pour in 1/4 cup vinegar.

Online, the fun continued with an Argentine flag to color and a picture-search based on the prehistoric paintings in Cueva de las Manos. The latter was definitely aimed at older subscribers, requiring multiplication, but Travis still a learned a little something.

The final website activity was a bonus recipe for empanadas, yum!

At last it was time for dessert. The dulce de leche-filled cookies called alfajores were tough to make vegan, but we did our best. 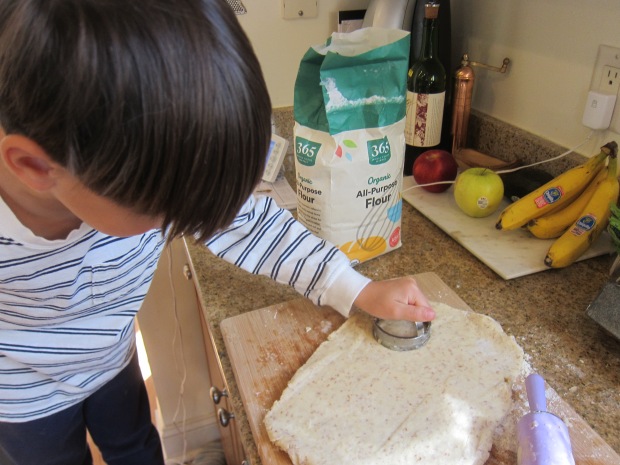 Frozen pie crust means these empanadas are easy enough for even a busy night!

Here’s a great spin on using cushions to practice gross motor skills in the house. Simply up the ante by telling your kids the floor is hot lava!

Okay, so a two-year-old might not entirely understand the concept, but certainly your child will pick up on your enthusiasm. The more excited you act, the more quickly he or she will play along!

I tossed our couch pillows on the floor and said, “Quick Veronika, the floor is lava! Jump onto a pillow,” and encouraged her to hop from one pillow to the next. She eagerly dove into the game.

To switch it up after a few rounds, we made Pillow Island instead (a giant batch of pillows in the center of the rug), as a safe zone from the lava.

This was so fun for her to clamber around on, and we connected it to the nearby volcano (couch) with a bridge (little pillows).

Big brother Travis loved the imaginative element of the game, and he helped play up the lava scenario. He was also so proud he could run across the pillow bridge without falling.

What a great way to squeeze in some exercise right after breakfast!