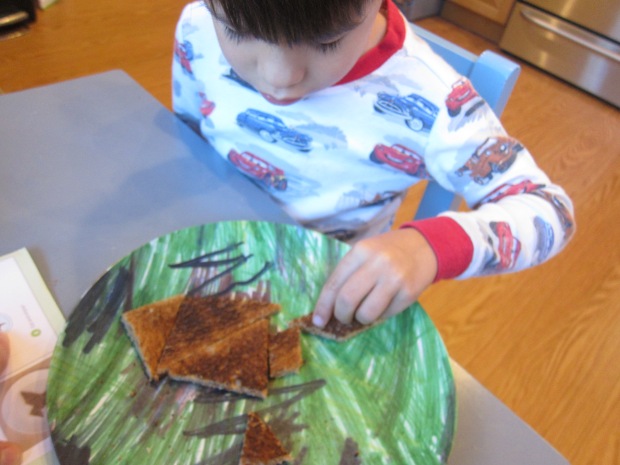 Travis had a tricky time of it with tangram puzzles recently, so I made things a little more accessible in the best way possible: edible tangrams!

Toast slices of bread first until nice and crispy, making as many as you’d like for the project. Cut into shapes as shown: 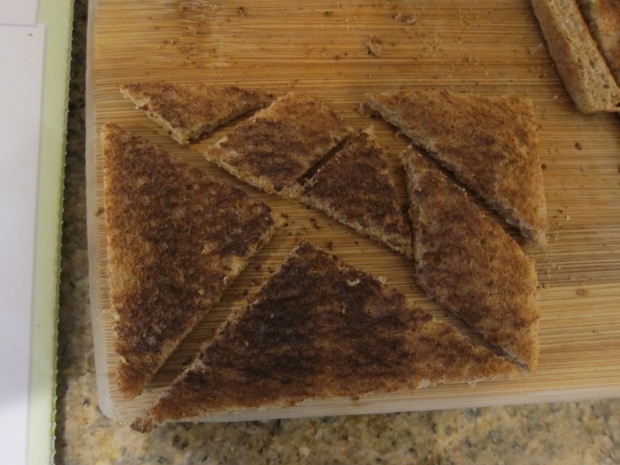 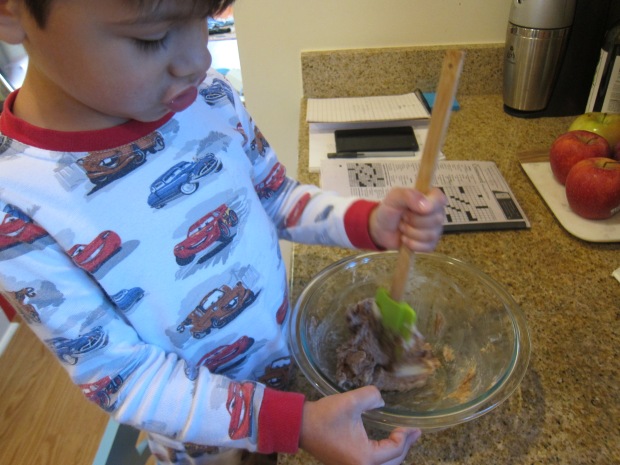 Through trial-and-error, we found it easiest to make the tangrams while the toast was plain, otherwise our fingers got messy (as we learned while designing a slightly-lopsided house). 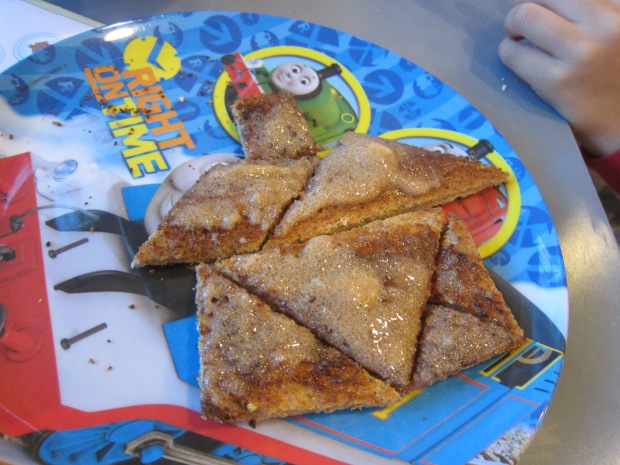 So instead, we spread the cinnamon butter on after, but first Travis helped design a rocket… 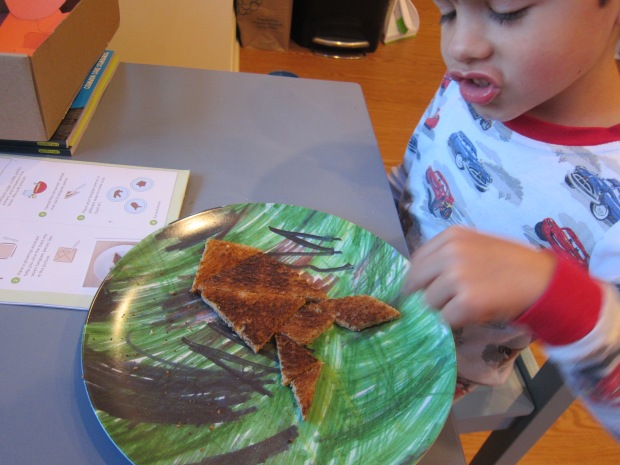 …and what could this jumble be? 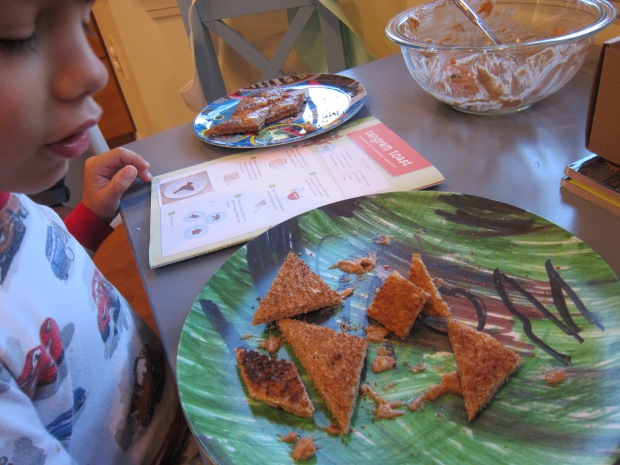 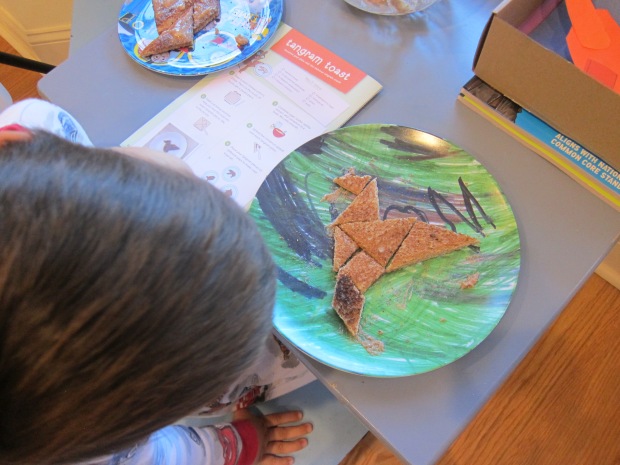 After the puzzling, he was so proud I gave him a real butter knife to spread our cinnamon-sugar mixture over his own toast pieces. 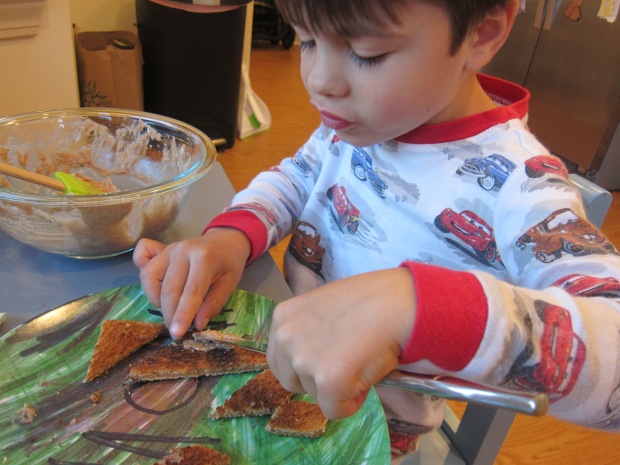 He proudly served up triangles, squares, and trapezoids. This was a great way to get kids puzzling while thinking it’s just a messy fun snack! 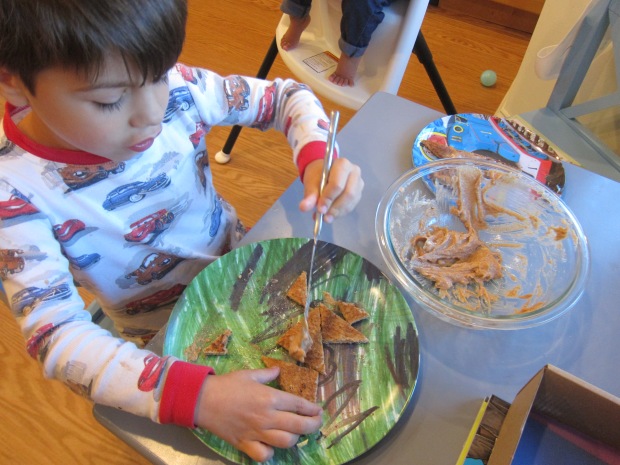 One thought on “Tangram Toast”