I’ve wanted to introduce Travis to the idea of global climate change, and chances are other parents struggle with how to discuss the issue with their kids. As a citizen of the world, this is going to be a very real issue in Travis’s lifetime, but I also don’t want to alarm him. When I learned from Highlights that February 27 is National Polar Bear Day, I seized the opportunity to open the discussion!

We started off with a read of two picture books that gently address the warming Arctic and the threat to polar bears as a result. Check out The Last Polar Bear, by Jean Craighead George or Where do Polar Bears Live? by Sarah Thomson, or see what your library has to offer! 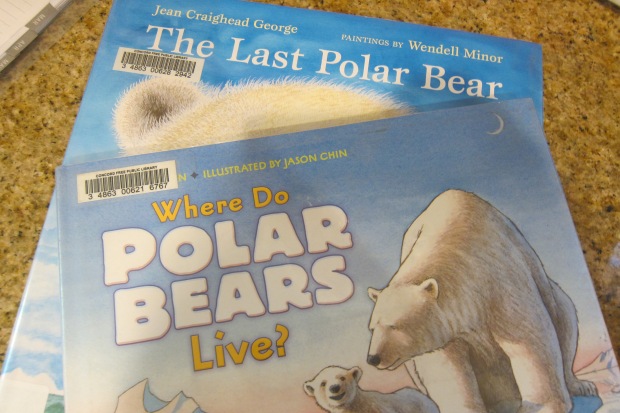 After discussing his takeaway from the books, it was time to get crafty! This was a simple project, gluing cotton balls to a paper plate for a furry polar bear face.

Add a black button for a nose, and glue on wiggle eyes. Finally, I cut two ear shapes from cardstock, which we glued to the plate and covered with additional cotton balls.