Since we stocked up on all that toilet paper during social distancing, I figured I might as well start saving the toilet paper tubes once they were empty. We now have quite a stockpile: 12 in total! So when Veronika was fussy before dinner and I needed to keep her little hands busy, I knew exactly what to give her.

I invited her over first just to explore the tubes with her senses. She could roll them, or peek through them. “I see you!” she said. 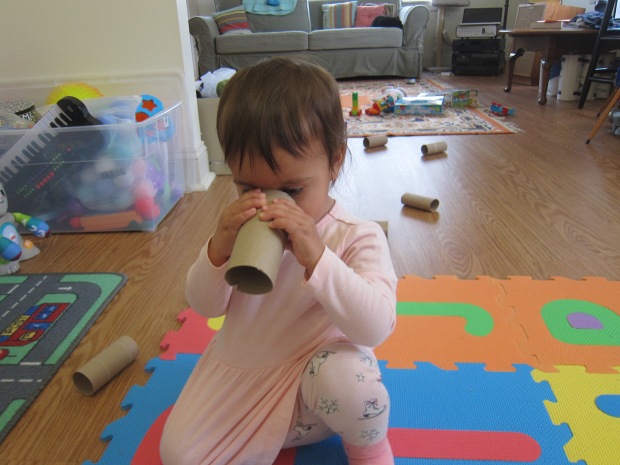 But these towers quickly toppled when the balance wasn’t right… or when Veronika impishly knocked them over! Needless to say, we never built very high. 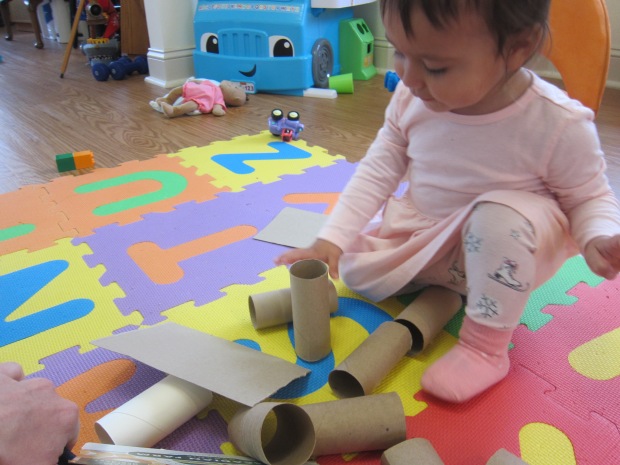 Next I showed her how to stack them almost like honeycomb. This too was unstable with an eighteen month old around. 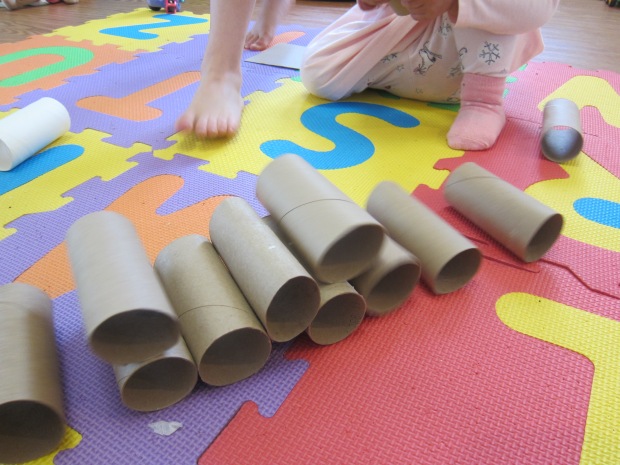 But she sure loved the way they rolled! So I left her just to play on her own from there, and wouldn’t you know, she found her own method for building a tower. She began placing them so carefully on a board game box as a base. 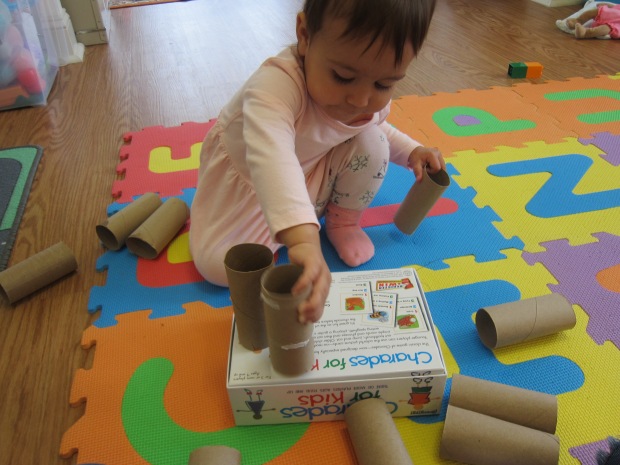 Mostly she stopped at one level high, but sometimes she succeeded in stacking two levels.

She counted the tubes out as she went, as high as “5”! 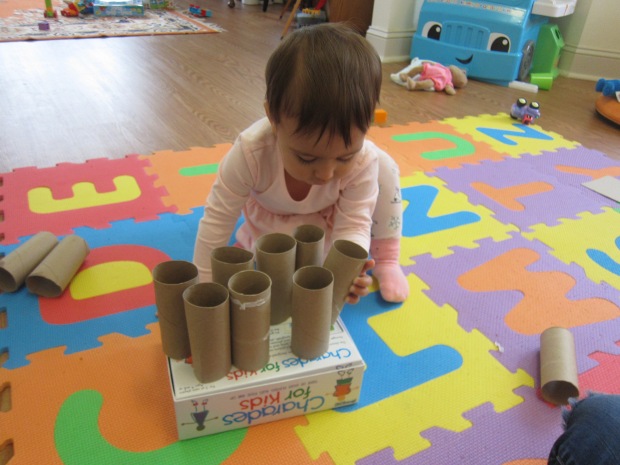 She also said “white” when she noticed the one white roll; I hadn’t realized she knew this color word yet. 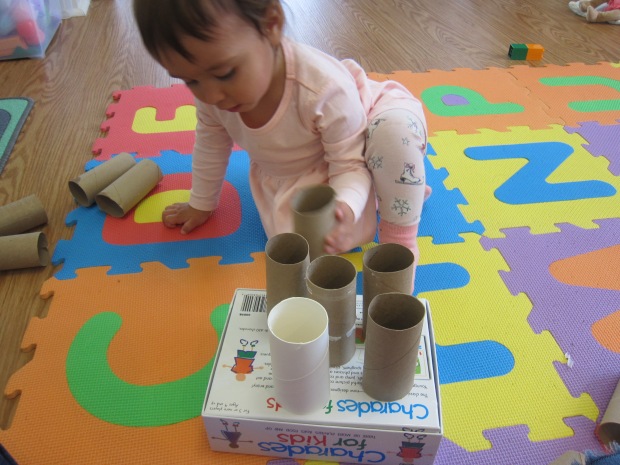 I loved watching her busy at her building, and all the more so because she created her own method for doing so. 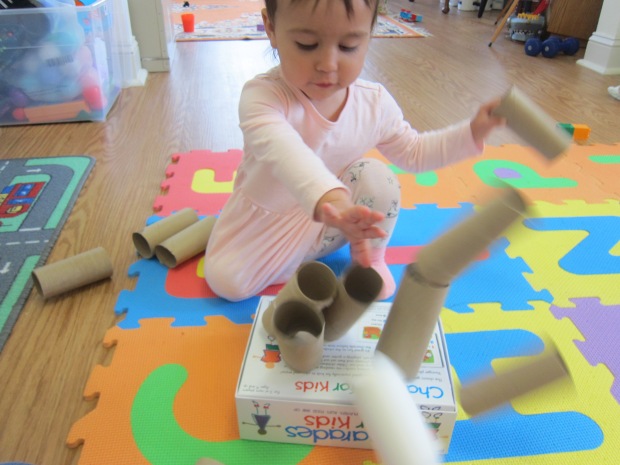 Big brother Travis did later help me stack all those thin cardboard layers up to 4 levels high. 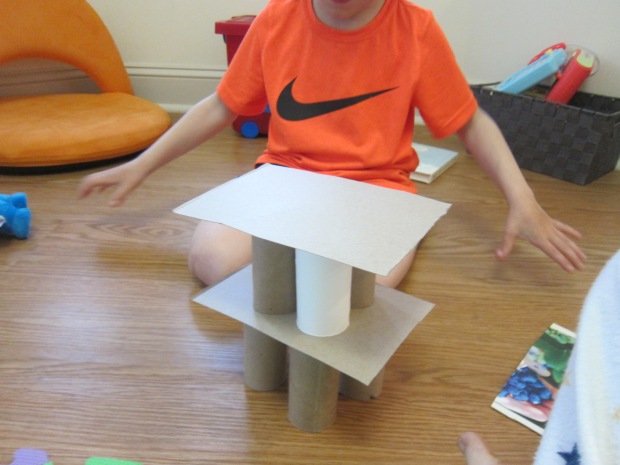 He was so proud!

Older kids might also like making two notches in the top and bottom of each tube, after which you can build towers that slot together. 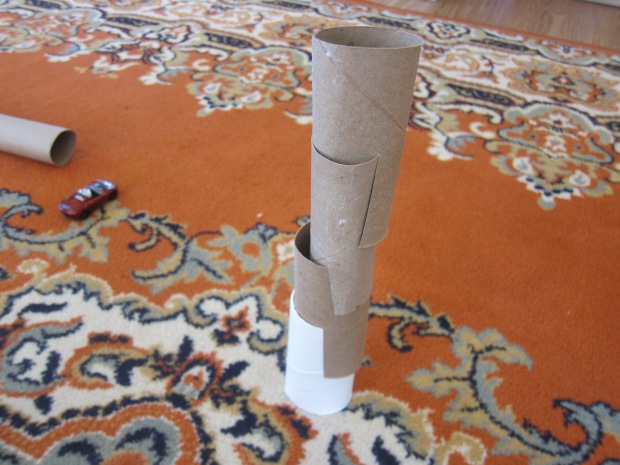