This project is slightly tricky, but if done correctly the propeller will really spin and push your bottle “submarine” forward around a bath or basin of water. Full disclosure: ours didn’t quite work, but the principle was there! Meanwhile Travis learned a bit about how submarines really float or sink.

To make the submarine, start with a small empty water bottle. Poke a hole in the bottom with a push pin. Straighten a paper clip and insert in the hole, but then you’ll need to re-bend the tip of the paper clip from the inside. This was tricky, and I managed to push it down with a pencil.

Insert a second paper clip into the cap so that the loop will be inside the bottle once the cap is screwed on. Loop an elastic around this hook and the paper clip on the bottom of the bottle. Poke the cap’s paper clip through the propeller as well, and then bend the end of it to hold everything in place. 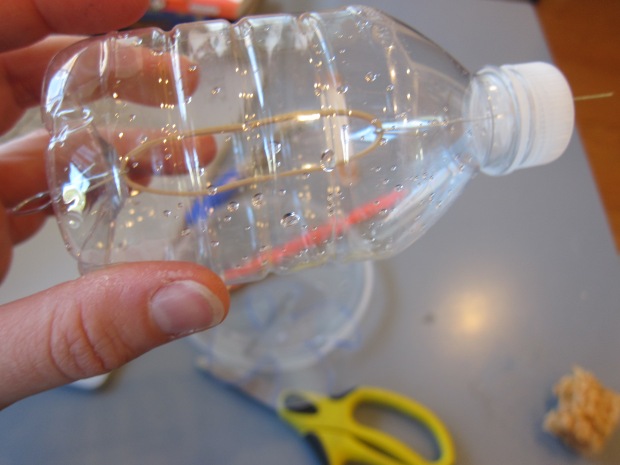 To weight the bottle properly on top, glue two pennies to the ends of a craft stick. Secure this to the bottle with a rubber band. 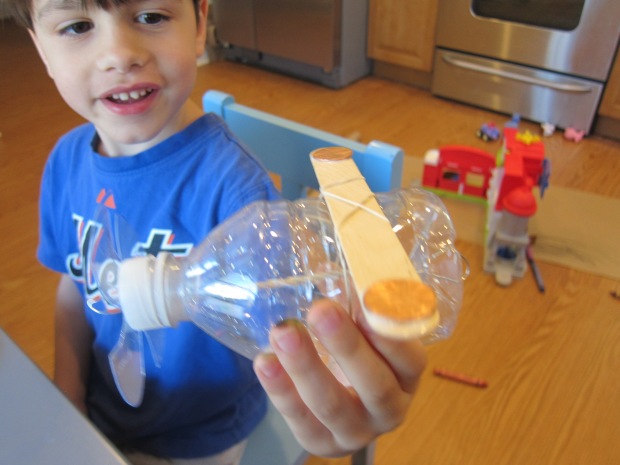 We were ready to give it a try! Wind up the rubber band by spinning the propeller around; ideally it will unspin once you let go in a basin of water. Unfortunately, ours didn’t behave quite as we hoped! 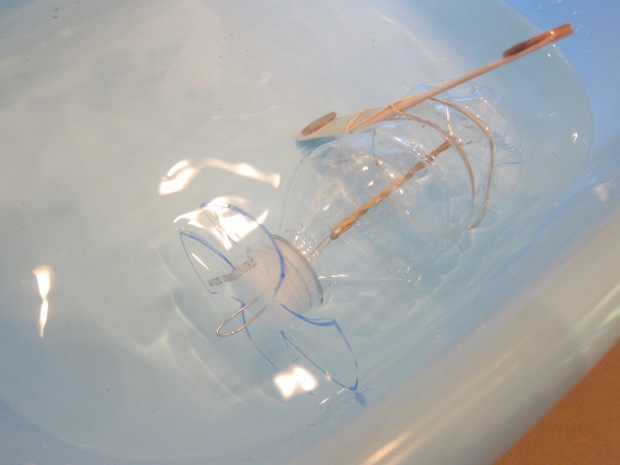 What we were able to experiment with, however, was the real way that submarines dive and emerge. Tanks fill with water to make the submarine heavier and it sinks; when those tanks are pumped out, the submarine rises again. Travis experimented with filling our bottle and then dumping the water out, to see these differences.

And then of course it just becomes a fun water toy! In sum, a great little STEM experiment.