First, he helped me peel two big oranges. He was very interested in the peel, and what it felt like, since normally I present him with oranges already cut up.

Next he proudly put all the orange wedges into a large zip-top bag. 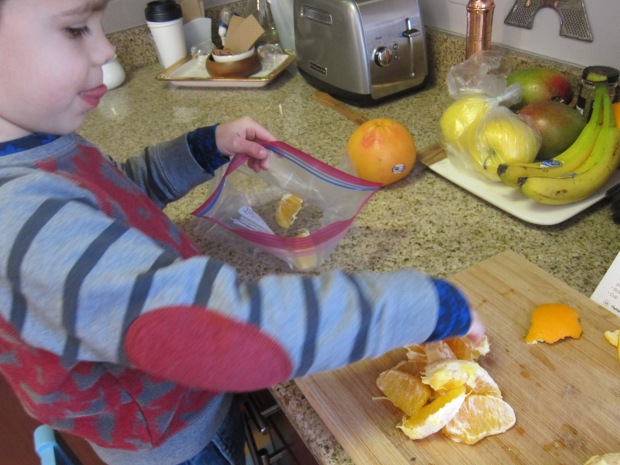 Seal the bag tightly, making sure the air is out, and then squeeze! Travis went wild with the squishing and mushing.

Once it looks like you have enough juice in the bag, place a strainer over a cup. Let the juice trickle into the cup, reserving the solids in the sieve. Travis was very pleased about this step, since he always tells people he doesn’t like orange juice with pulp.

(Note: we found that it was easier to get the last of the juice out of the orange segments squeezing them directly in the strainer, rather than still in the bag). 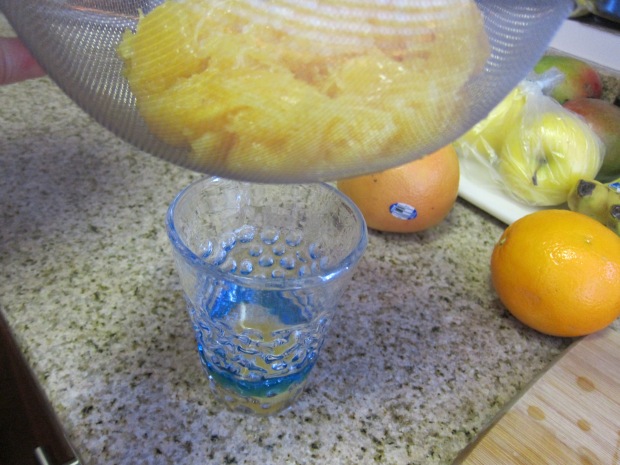 Time for a taste test!

Travis loved it, deciding it was kind of sweet, and the freshest orange juice he’d ever tasted. 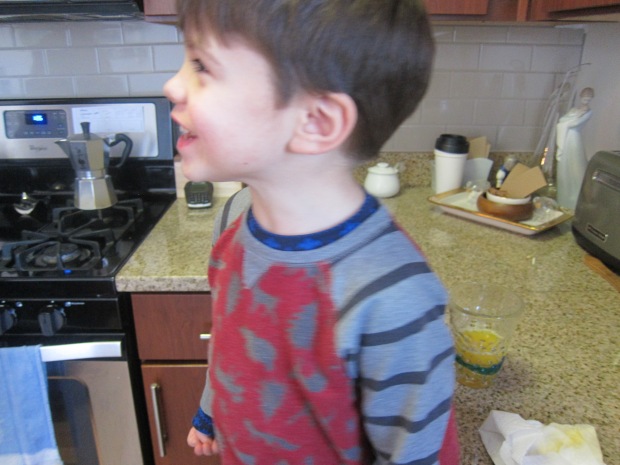 Next we got a little scientific with the project, wondering what would happen if we squeezed a grapefruit instead. Travis surmised that since the grapefruit was bigger, we’d have more juice.

Ding ding ding! He was correct. 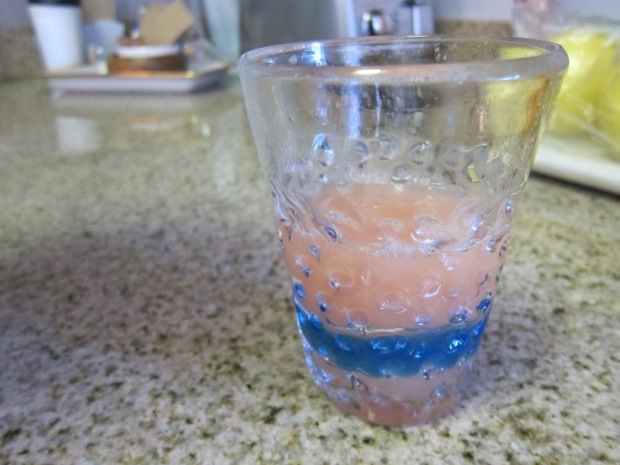 Thanks for the great burst of citrus on a cold winter’s day, High Five. This was such a neat way to show kids where their boxed juices come from.