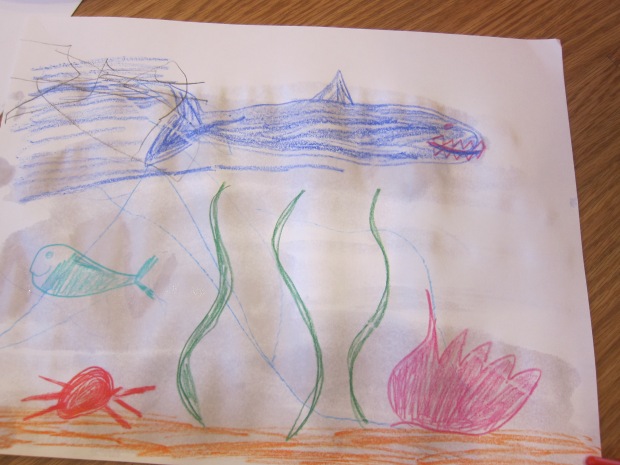 Travis had so much fun drawing a squid for a project yesterday that I wanted to expand upon it today. This time, the assignment was to draw a full ocean!

For this project, it’s really up to your child to draw whatever ocean scene he or she envisions. Make sure to use thick watercolor paper for the best results. Travis started out with a big red octopus, but he was dissatisfied with it. He changed it into a crab, but was still displeased. So then he decided he wanted to start over!

On his second sheet of paper, I could tell he was really thinking about how the world might look under the waves. He drew sand at the bottom, green seaweed growing up, a crab, and a big toothy shark. 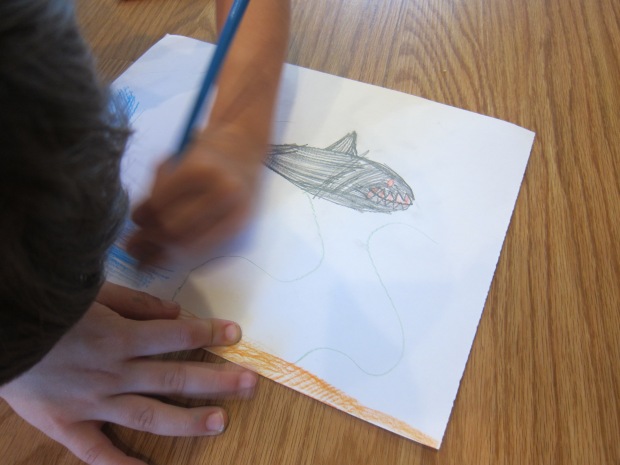 He added blue water all around as background. I worked beside him on a second scene with similar animals.

When we were done drawing with art pencils, the real watery fun began. Brush over your pencil marks with just a light layer of water. It will smear the colors somewhat, and make it took like you are scuba divers exploring beneath the waves!

One thought on “Watercolor Ocean Scene”