Travis has been quite into snakes lately and today I invited him to make a few from clay. Little did he know that I was sneaking in some math to prevent the “summer slide” with this little project!

First, he remembered that to make a snake coil, he needed to roll the clay between his palms.

I challenged him to make three different lengths and had him name for me which was long, which was medium, and which was short.

I suggested we measure the snakes next; of course we needed to check how long the biggest “python” was! First we used a traditional ruler, but then we grabbed other objects from around the house to see how the snakes stacked up.

Pennies were his favorite; I showed him how to carefully line up the pennies and make sure the line was straight. The big snake was 15 pennies long, medium was 9, and short was only 5.

We tried paper clips next and found that it was easiest to clip these into a chain so they didn’t slide around during measuring. 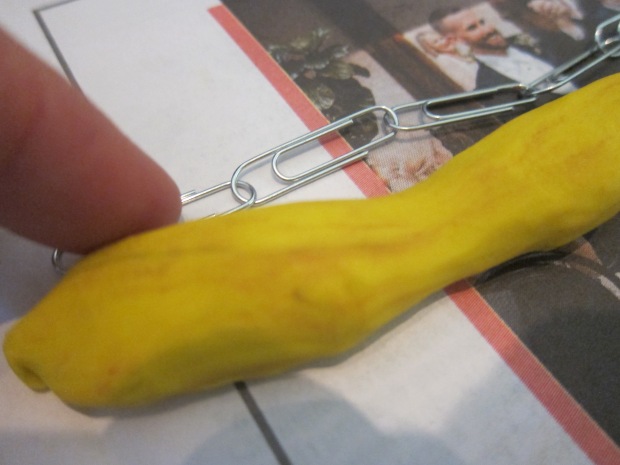 The possibilities here are almost endless. Will you measure your snakes in units of dried beans? Of pasta? Of buttons? Have fun with this one!