Acting on a suggestion from Highlights magazine, Travis is beginning a summer-long postcard journal. We have no grand trips planned, but there’s no reason that should stop us (or you) from the activity; we plan to pick up a postcard at every place we go in the next two months, whether or local or further afield!

This is a neat way to introduce kids to postcards, which may seem like a throwback to another era in this age of vacation posts on Instagram and Facebook. Travis thought it was neat when we headed to the local bookstore and picked out a postcard just of our home town, our first summer location.

We also checked out one of the sights in town and made sure to scoop up a postcard there.

For each place we visit, we jot down the date and some memories on the back. These memories can be grand or ho-hum, but the key is to capture a few details.

And to remember your summer on one easy key ring. As with Travis’s Summer Memory Jar, we’ll be updating this all summer long, so stay tuned for an update! 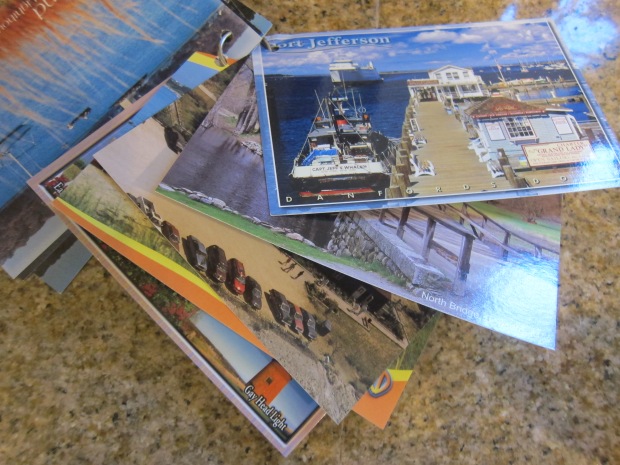 Update: Travis loved collecting postcards at each stop along our summer, whether local attractions or vacation visits. This is definitely an activity we’ll continue in years to come.

In the past, Veronika and I have focused on a single body part for the day, like hands and feet. Today was all about ears!

Rather than just pointing out ears, we focused a lot on what ears can do – hear! That meant pulling out all her toys that prominently feature sounds. We listened to doorbells and animal sounds:

Find things around the house with a strong sound (like running shower water), and for each one, say “I hear with my little ear…”

I also read a book from the library called I Hear, and made sounds alongside the pages.

“I hear with my little ear… rain!” 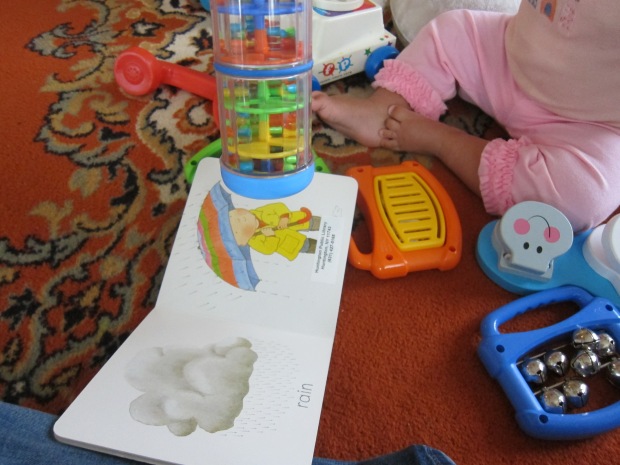 “I hear with my little ear… the telephone!” 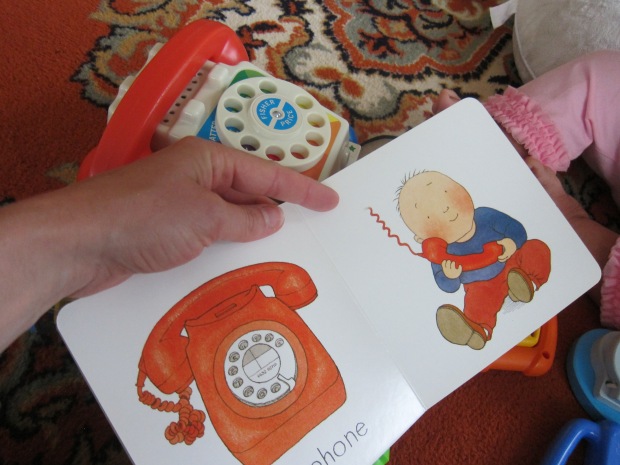 We also walked around the house looking for ears in family photos and paintings.

What body part should we explore next? Stay tuned!

Well my goodness, Travis has now received all 24 Early Explorers packages from “Max and Mia”. This final one was fantastic, (though with some overlap from a recent landmark unit we did with a Raddish Kids recipe). But reinforcement never hurts!

First we went through the booklet, learning about spots around the world like the Leaning Tower of Pisa, the Eiffel Tower, and the Great Wall of China. Travis is a pro now at every type of activity in these books.

The booklet’s suggestion was to make a landmark out of blocks or craft supplies. I simply set Travis loose with everything-but-the-kitchen sink in our craft bin, and he loved it!

Undirected projects like these are fantastic for the imagination. Rather than copy an existing landmark, Travis preferred to create his own.

Soon we had a fence made of craft sticks, and walls covered in feathers and pom poms.

Okay, our “science” in this unit was more architecture and engineering, with the challenge to build a landmark from cardboard, but hey that fits loosely under the STEM heading!

Cut two paper towel tubes in half. Cut 4 pieces of cardboard so you have two long rectangles and 2 short ones.

Cut 2, 2-inch slits in the bottom of each tube, about 1 inch apart.

Cut a 2-inch slit into each corner of the cardboard. Now your castle can slot together!

Travis wasn’t satisfied until I also cut out a door he could open and close. 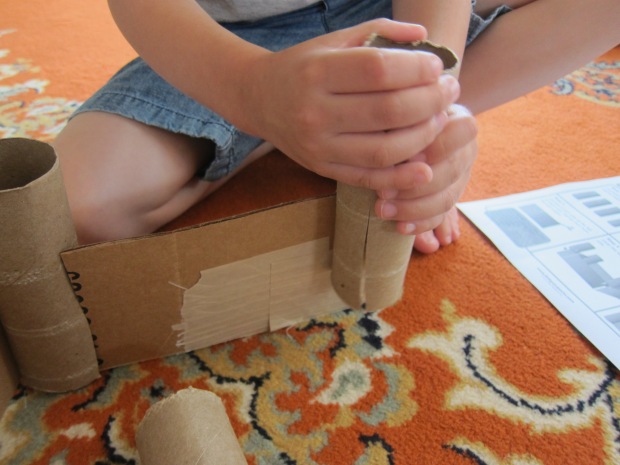 We taped construction paper to toothpicks for little pennant flags, which we then taped into the towers.

(Note: You could also glue these on, but Travis was impatient and preferred the quick tape fix). He loved playing with this “landmark”!

Travis wanted to know right away what he had received: a sticker book. He was thrilled to learn they were the puffy reusable stickers he likes best.

Even better, the board to place them on featured a pop-up 3-D element, which made arranging the landmarks tons of fun.

Of course we had to visit a landmark, and decided to check out an iconic structure in our town that we’ve never seen in two years of living here: the local lighthouse. Unfortunately, the day we went to peek at it was so rainy and foggy I could barely snap a picture! But at least we had a fun adventure.

The booklet suggested talking further about everything we’d learned: what were our favorite landmarks and where would we most like to visit. It turns out Travis is into the tall landmarks, and wants to visit the Empire State Building. We’re close enough that hopefully we can make that happen soon. We followed up by exploring some pictures of the Empire State Building online.

I also found a neat Montessori-inspired activity to go along with this package, matching miniatures to a map.

This sounded like the perfect hands-on way to bring the lesson to life. I purchased a simple tube of landmarks from Amazon and set them out for Travis.

Some of them he now knew from the booklet, and a few others I had to help him with. It was great review not only for where each country was, but also for a chance to understand some of the landmarks better in three dimensions. 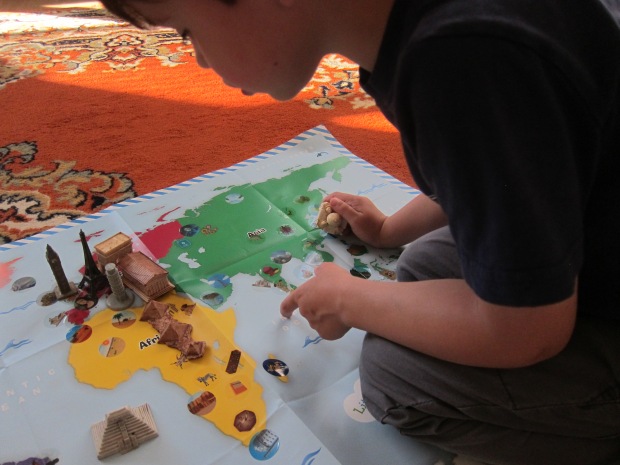 He was so delighted with the little miniatures that they soon became involved in all his games!

Finally, I opted for the add-on to the package, a delightful book from Max and Mia, featuring “mail” for the reader from each continent. 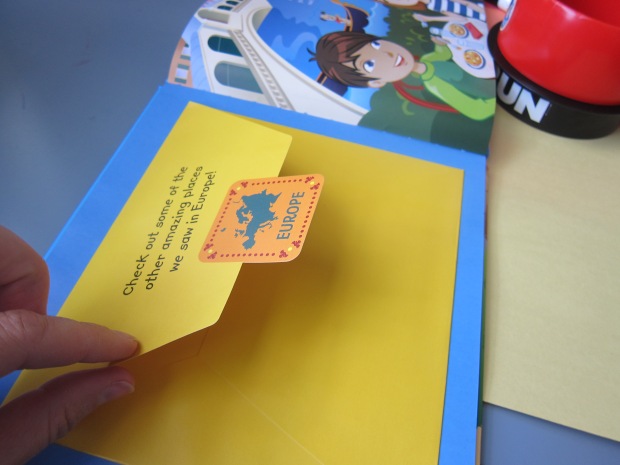 The pages were so innovative and clever, including a puzzle from the African section, “photos” from Australia, a “train ticket” from Asia, and more!

Incidentally, this book is great for car trips – perhaps on the way to see a landmark?

So wow, thank you for 2 years of fun, Early Explorers! 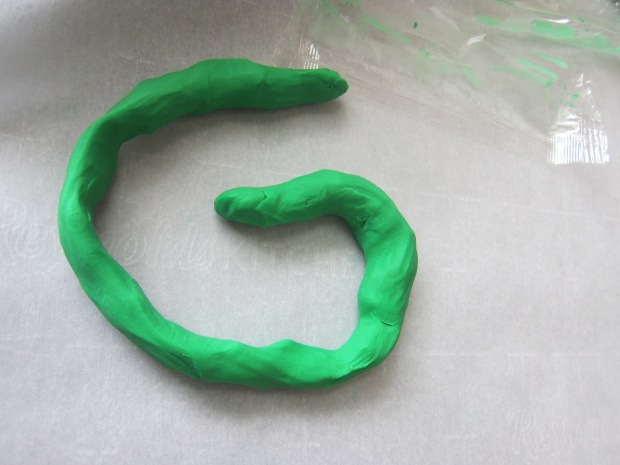 Today’s letter for tracing was G. Travis has a hard time with both the upper and lower case of this letter, so I made sure to sit us down when he was well-rested and focused.

He made great progress, and was delighted with the materials I pulled out to make our 3-D versions of the letter.

First up: green clay. “How can this be a G?” he asked, looking at a short blob of clay.

“Look, a G” he said a moment later, inadvertently making as smooshed one.

To be more precise, we rolled out long coils of clay.

With this, we could first loop it into a C and then add the line inwards for a G. Tada! 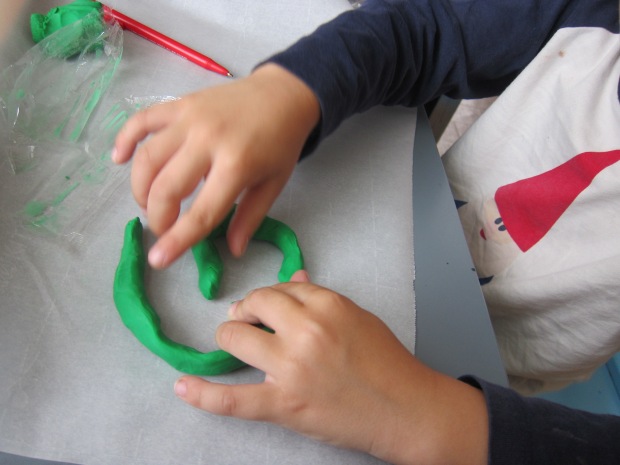 Next up: grapes! (If only they had been green grapes, but red worked in a pinch).

Travis worked carefully to form the circle of lower case g, but then needed a little help understanding how to make the rest of the grapes march down in a line for the final flourish.

After that, the g got gobbled up too quickly for me to snap a picture!