This little experiment will challenge your child’s brain to think like an engineer, and teaches about angles, weight, speed, and more.

I tasked Travis with finding two balls that were the same and he came back with two squishy sports balls (Note: It turns out one might have been heavier than the other, but more on that later). 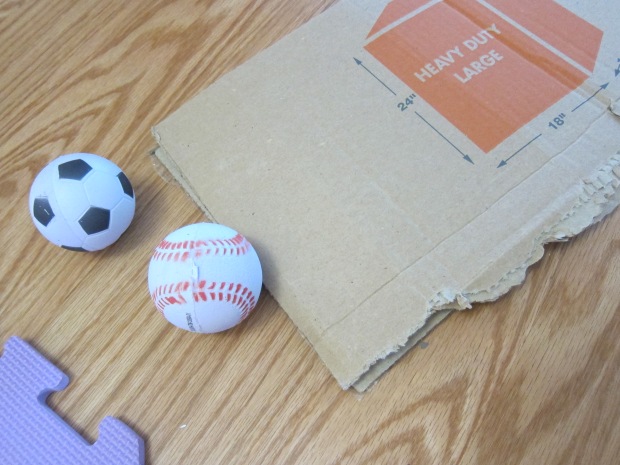 Next we needed to construct two ramps. Heavy duty cardboard cut to the same size were perfect. I helped Travis look around for what we could tilt them up against. He tried a few initial ideas, like baby toys, until we settled on a box for one and a stool for the other.

Counting to three, Travis and I released at the same time and watched the balls zoom down.

I asked him why the steeper one had rolled faster and further. He guessed because that ramp was shorter, so I showed him again how the ramps were the same length. But then we talked about the steepness, and he was quite interested. He said he found a way to make it roll even faster – from up above the ramp! 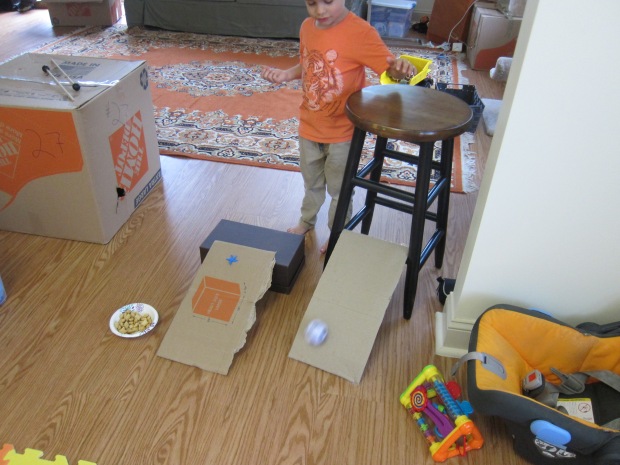 We tested out a few slightly more scientific variations, but then found that the “soccer” ball always rolled faster and further even when on the ramp with less of an incline. Holding both, I realized it was heavier than the “baseball”, which may have skewed our experiment. But we had speedy fun!

At eight months old, Veronika has made a big leap: the art of anticipation. This is why you may notice your baby holding out his or her arms now to be picked up, or anticipating a host of other moments in a daily routine.

One way to have fun with this? Be a kissy monster! 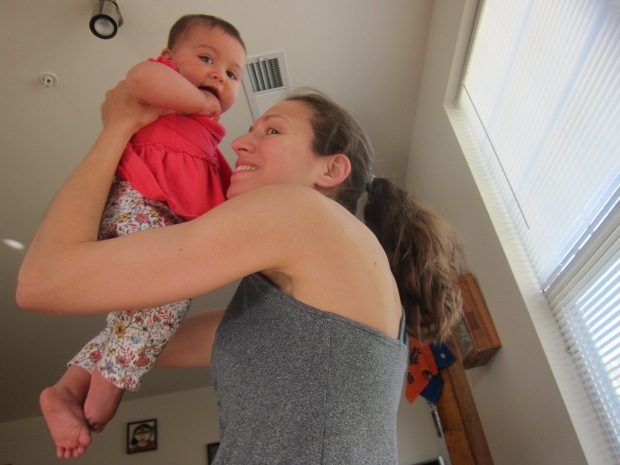 Then I either swoop in and kiss her everywhere, or give raspberries to her belly, or pick her up and kiss all over her cheeks.

She giggles every time, because she knows what’s coming!

This game has only gotten more fun as Veronika attempts to crawl. Now it really can be a “chase.” I tease her by saying, “I’m coming for you!”

Oh no, can she get away? 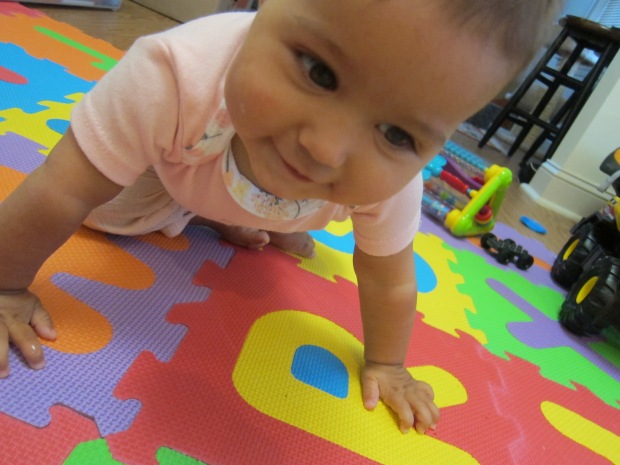 Caught by the kissy monster again!