The final lesson plan to go with Travis’s Backyard BBQ Raddish Kids kit was quite scientific and a little over a five-year-old’s head. But thanks to two yummy experiments, even my kindergartner could keep up with the concepts involved.

First, I came to the table with a cup of clear hot water and a tea bag. I put the tea in the cup and asked Travis what he observed happening. “It’s turning golden,” he noticed.

I agreed, and more specifically told him he was seeing diffusion: molecules moving from an area of high concentration (close together) to low concentration (further apart). This actually wasn’t too foreign an idea for him, since he loves a book about Albert Einstein pondering molecules.

Explain to your child that osmosis is a specific case of diffusion, having to do with the movement of water molecules. Two suggested clips on diffusion and osmosis helped Travis understand a bit better, though to be honest, this part was over his head. To make it more accessible, you can give examples of each. Diffusion might mean:

the aroma you smell from a cake baking

wrinkled fingers in a bathtub

Now it was time to experiment! For diffusion, I asked him what he thought would happen to a scent if we trapped it inside a balloon. Would we be able to smell it? His hypothesis was yes! We carefully added a few drops of vanilla extract to a balloon.

Inflate the balloon and tie the end into a knot. Place it in a closed box and let rest for 10 minutes or so.

When we lifted it out, the box smelled a bit like vanilla; in other words, the scent had diffused. The result was subtle, which I think underwhelmed Travis. 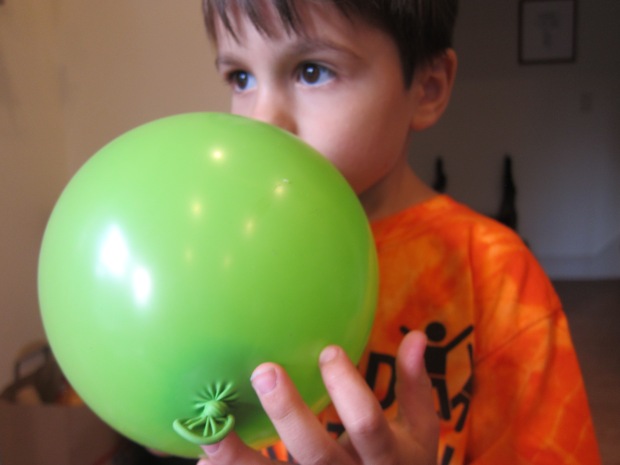 You may want to leave your balloon inside longer, or put more vanilla in it, to wow your kids with the results.

Next up: osmosis! For this one, we tested out the affect on gummy bears of being in plain water, salt water, and no water. 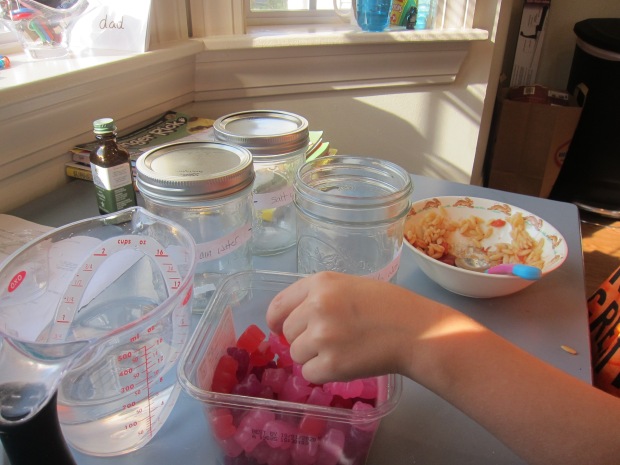 We filled out the provided chart with his guess for the results. After some prompting about those plump rehydrated raisins, he was able to surmise what might happen.

Big kids can really get scientific with this, filling in measurements before and after for color, length, width, thickness, and mass. 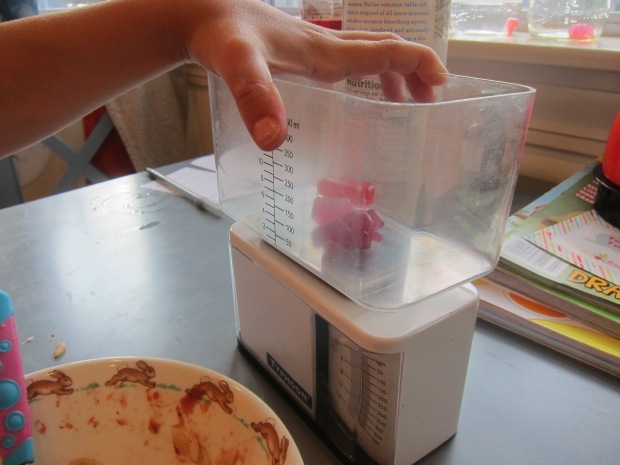 For the set up, you’ll need three clear jars. The first simply received a gummy bear. The second had the bear plus 1/2 cup plain water. The third had the gummy in a saturated salt solution; add 1 teaspoon salt at a time to 1/2 cup water until no more will dissolve.

We left them overnight, then checked in on the bears the next morning! Again, the results were a bit underwhelming, which may have been the vegan gummy bears we were using. But our plain water one looked a bit more plump, and our salt one looked a bit scrunched. 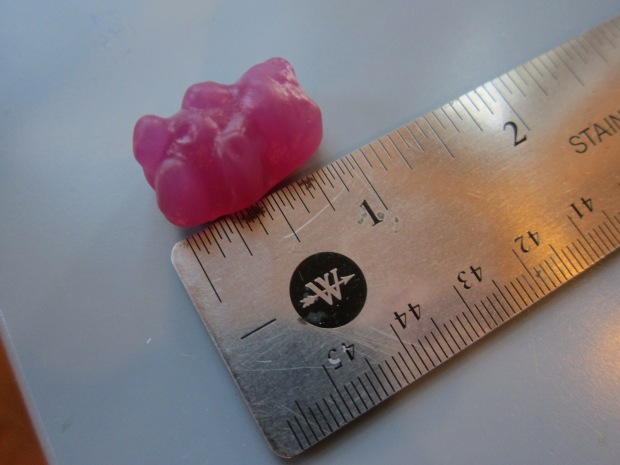 Well, if all else fails, you can watch this osmosis rap video! 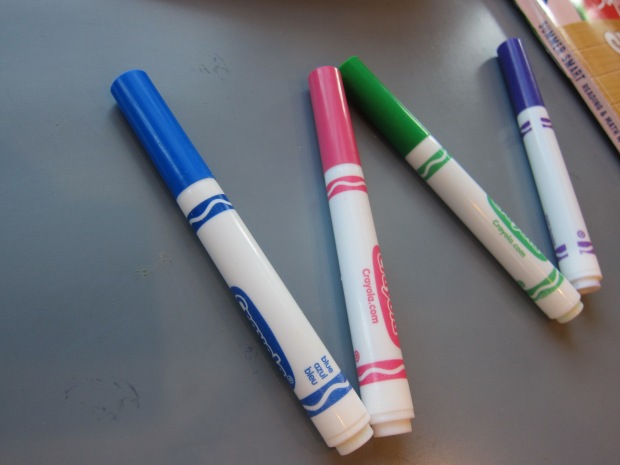 Ok, we didn’t make W with any materials that begin with the letter, but Travis had good fun tracing and crafting this letter-of-the-day.

He loved discovering that double-u actually is more of a double-v. As he traced, we said, “down, up, down, up,” which served as a good reminder once the tracing line was removed.

This verbal cue also helped once we set out to make 3-D versions of the letter.

First up was markers! He positioned them as two v’s (down, up, down up) and so was able to see how the four markers should come together.

Next, we used two pairs of pants, as we did a few weeks back for the letter M.

Again thinking about “down, up, down up”, he was able to position them correctly.

Do you find yourself trying to encourage a budding crawler these days? Then make the temptation irresistible with a tunnel!

Right now, eight-month-old Veronika loves leaning forward to get to her toys, and my hope was that creating a tunnel archway would encourage her into a true first crawl. First, I tried to entice her with an open box.

Hmm, the box looked interesting, and got lots of smiles.

But she didn’t actually try to crawl through it. 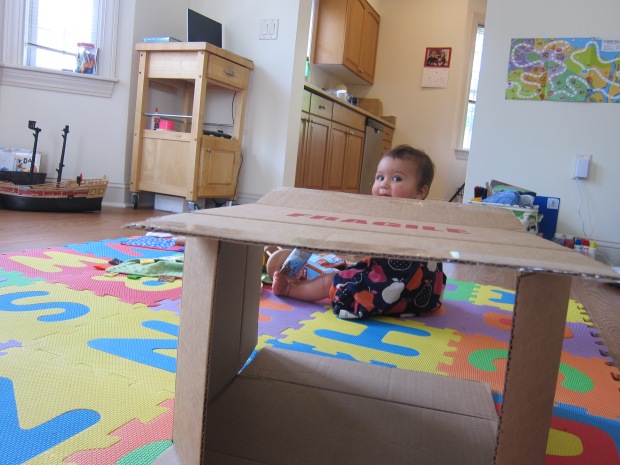 Next up was a mommy tunnel! This definitely got her attention. 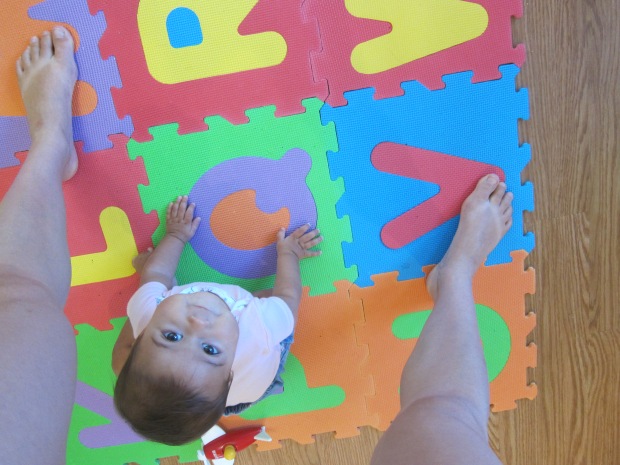 She played with my feet at first, but then made moves to go through the archway. Still, she gave up after a few tries reaching for a toy on the other side.

This is also a great game for getting siblings involved, who may want to make a leg tunnel, or perhaps do a backbend and see if baby goes through that way! We’re hoping to have a true crawler soon! 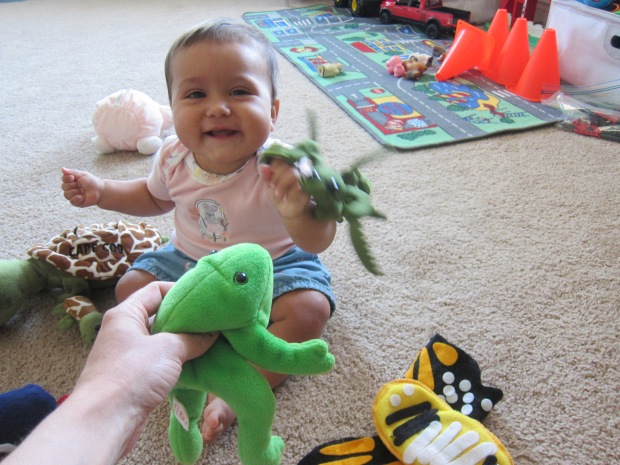 Story time is so important even with the littlest babies, but you may find at around eight months old that your baby is far more interested in chewing on the pages or playing with toys than paying attention to the words. This has definitely proven to be the case with Veronika, so today I made story time a bit more interactive, thanks to the help of a few stuffed animal friends!

How is it that babies amass such huge collections of stuffed animals? I’m not sure I’ve ever bought one, but through gifts, prizes, and more, we have quite a little community.

I pulled out a few and narrated a story. Veronika and her friend frog woke up and decided to go on an adventure through the forest.

They set off for the forest, but a big noise made them stop. They looked around and heard a growl. But it was only their friend bear, who wanted to say hello. Hello bear!

They kept walking and saw a stick move. It was their friend snake! Hisss, snake said.

I had a few more creatures meet her and frog on the journey before the story ended and everyone went home for lunch. 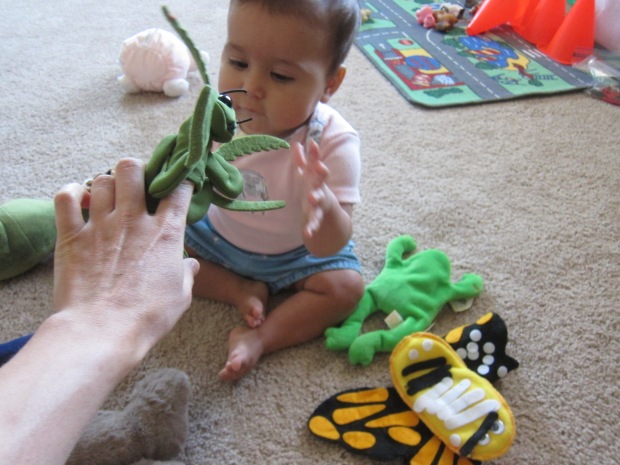 Veronika was delighted at all the colors and soft stuffies to hug, whether or not she was listening to the “story”.

Next, I grouped some of her stuffed animals by category. Since we have a lot of dogs, I made up few stories around this puppy “family.” First, one puppy was lost, oh no!

Could Veronika help mommy dog find her puppy? Hurrah, a family reunion. Next, the puppies went for rides in cars… 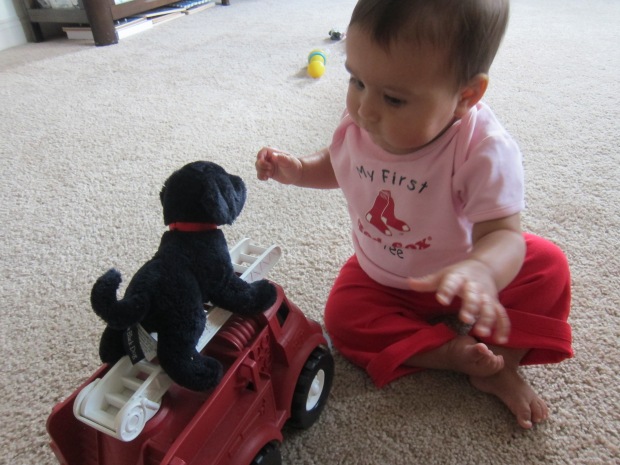 …and then we had a story about a stuffed animal parade.

Later in the day, we continued the fun with a “birthday party” for a few stuffed animals. I set them up with pretend food and sang the happy birthday song.

In sum, you can involve stuffed animals as actors in your baby’s story time in so many ways. What will your animals do next? Climb a hill? Go on a journey? It’s a little different than reading a book and will engage your little one’s imagination and senses.