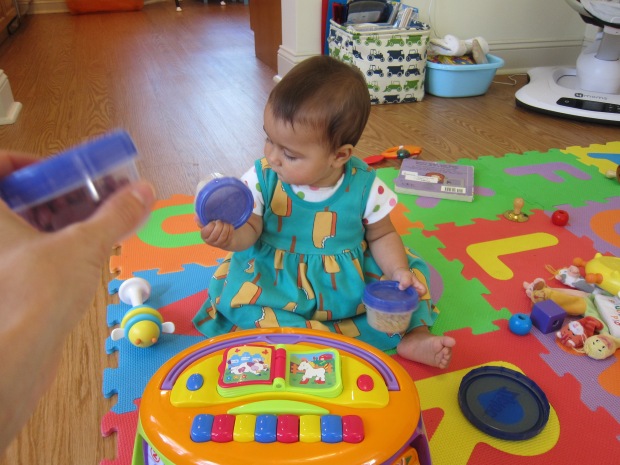 I’ve made homemade maracas for Veronika before, but today the idea was to see which one she liked best out of a few variations!

I set out three small snack containers. Make sure whichever container you use has a tight-fitting lid, or one that you can tape shut. 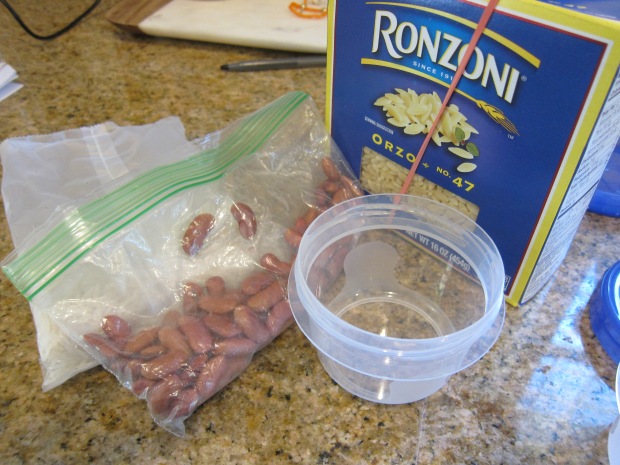 The first received a few scoops of dried beans, the second some dried orzo pasta, and the third a little bit of dried rice. 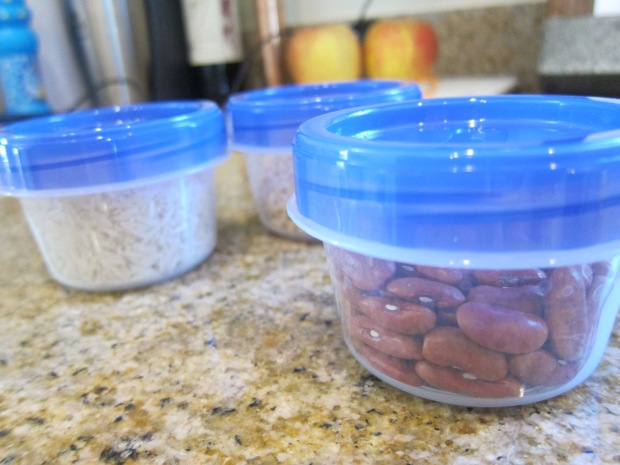 Next I presented them to her to shake. Veronika has loved bopping along to music lately, so she loved having a container in her hand to shake, too. Beans were a big hit! 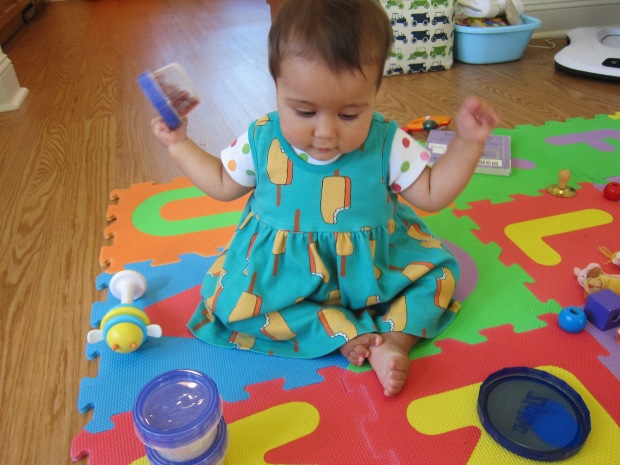 She seemed to enjoy the subtle sound of the shaking rice when I held it up to her ear. 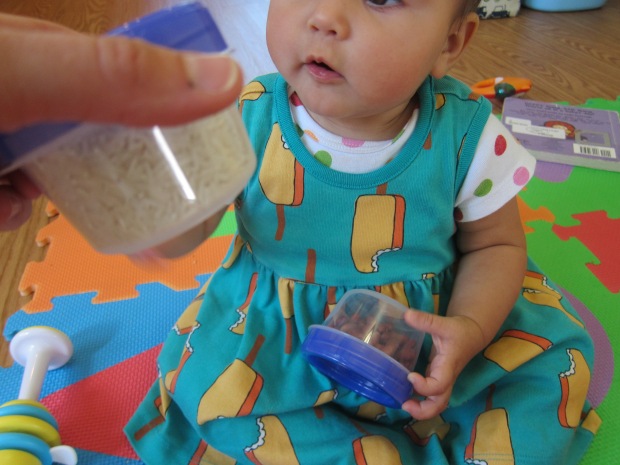 Of all of them, the orzo seemed easiest for her to shake and made her preferred sound. 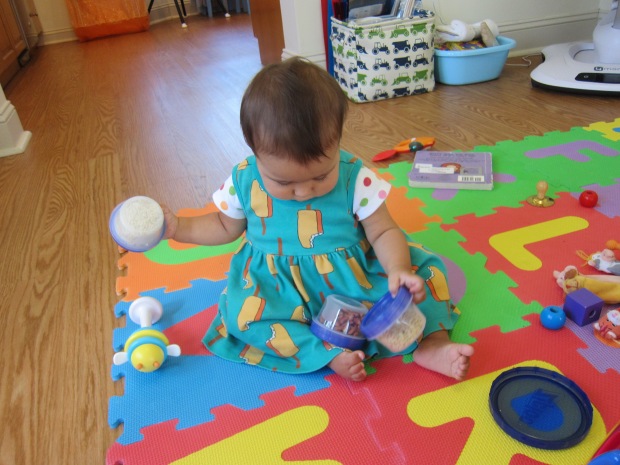 She also loved when I piled the “maracas” into a tower which she could then knock down, or reach over and pick up a container to shake. 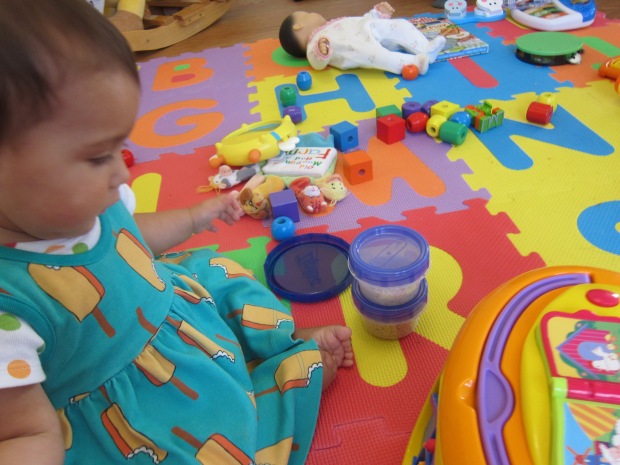 These made for great solo play while I prepared dinner, too! 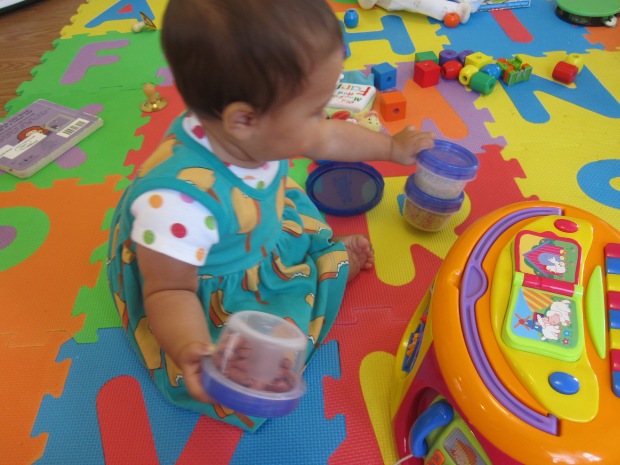 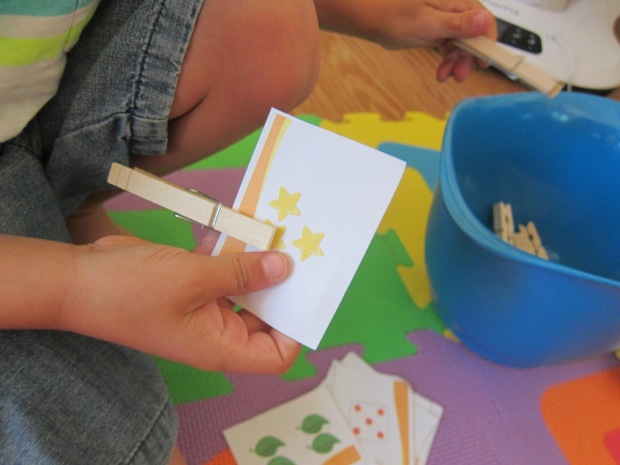 For this quick counting exercise, we used number flashcards from Travis’s summer workbook. You can easily make flashcards at home though featuring a set number of things on one side and the numeral on the other.

If you make your own, I recommend following the lead of the workbook we’re using, which presented novel ways to count things: two fingers, for example; five pips on a dice; or six marks on a playing card. 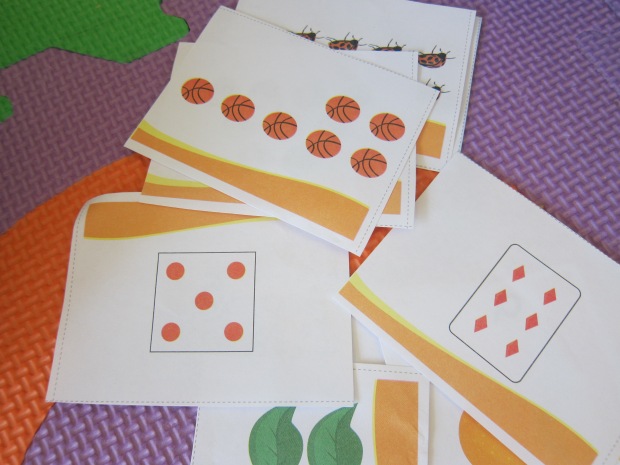 I gave Travis all of the cards in a big pile and a bowl of clothespins. I thought he might consider the activity somewhat tiresome, but he loved the idea of clipping the pins to each card! 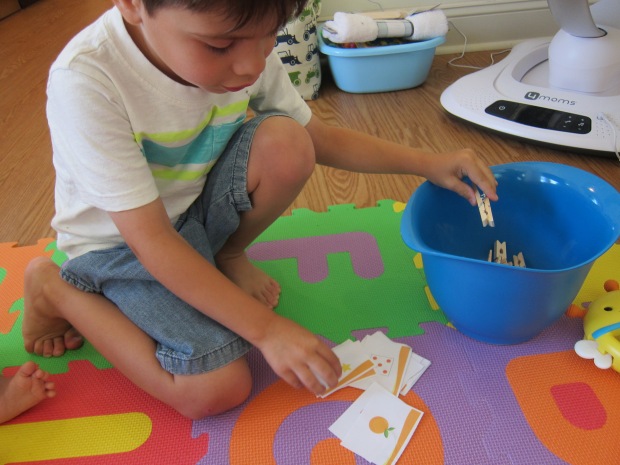 After counting and telling me what the number on the front was, he checked his answer against the numeral on the back. 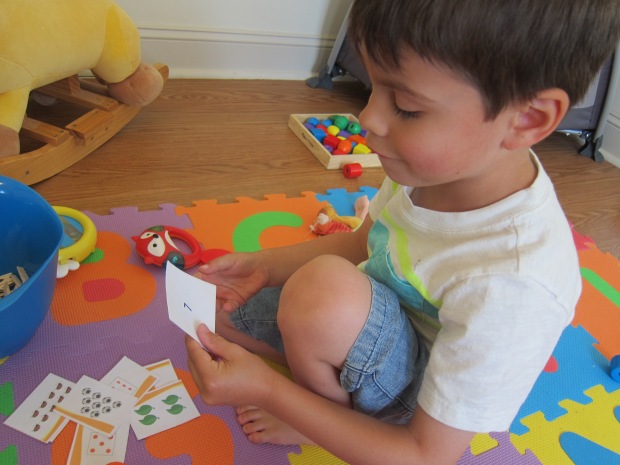 Then it was time to reach into the bowl of clothespins!

He very carefully added and counted as he went, including for the highest numbers. “Can seven even fit?” he wondered while working on that card, and was thrilled when the answer was yes. Our card with 10 was a tight squeeze. 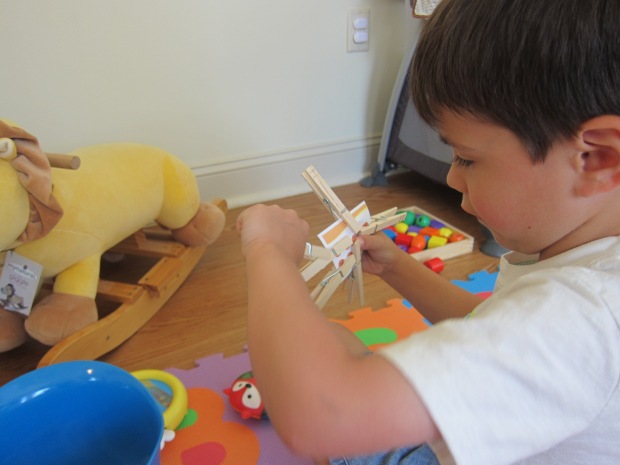 This requires so many clothespins that sometimes we had to steal from finished cards to complete new ones. When there was only 1 clothespin left in the bowl, I challenged Travis to single out the card representing #1. Bingo! 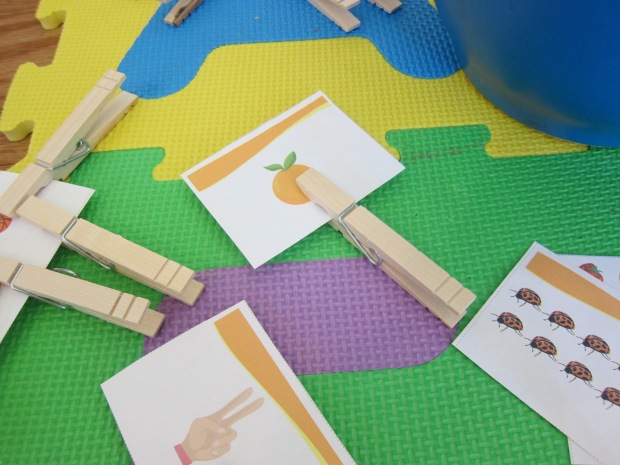 Overall, this is simple but good review for counting, and it gets those fine motor skills working, too.