I’ve previously recorded Veronika and then played back the short clips for her to see. Even if she didn’t recognize herself in the videos, she liked seeing a baby on screen!

Today, big brother Travis wanted to have a bit more organized fun with this concept. We made a short “movie” with Veronika as the star – as baby godzilla!

This being a five-year-old boy’s movie, the plot was about a baby on the loose who was going to knock over city towers – oh no!

While the two of them played, I snapped pictures of the “movie” unfolding. 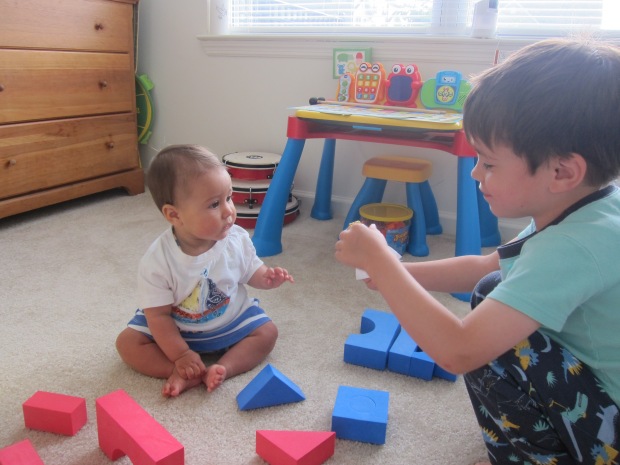 When it was finished, I sat them down to watch the playback. Travis was thrilled, and Veronika was delighted, even if she didn’t understand on the same level.

This was such a cute concept, both to engage siblings in parallel play even if there is an age gap between them, and also to capture memories and moments in time.