If ever there was a year to ring in with as many lucky traditions as possible, then 2021 is it! To wit, the kids had fun testing out customs from three other countries to start the year on the right foot.

For the first, we tried this Colombian tradition of wishing for travel and adventure in the year ahead: take a suitcase for a walk!

Of course the kids wanted to pack theirs up (with stuffed animals and socks!) before we took a silly stroll around the neighborhood.

Next up, it was time to leap into the new year – literally! Apparently a Danish tradition, I gave Travis permission to jump from the coffee table to the couch. The kids also perfected their jumping skills from couch to floor. 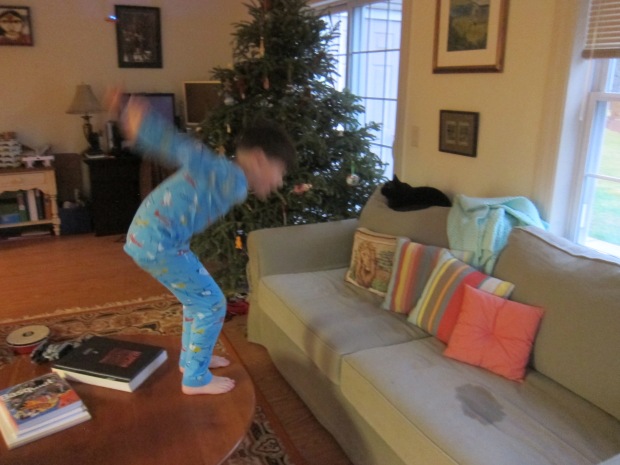 And finally, we invited good luck into our home by opening up all the kitchen cabinets just before bed, a tradition from the Philippines meant to bring good fortune. (If you live in a warm enough climate, open up doors and windows, too!).

What lucky traditions will you use this New Years? Please share in the comments!

Chinese New Years won’t technically fall until February 12, 2021, but these dragon puppets still felt fun to make as we made the transition to 2021 as festive as possible!

To make each dragon, I first cut sheets of construction paper in half vertically, then glued them together into one extra long strip. You’ll need two pieces like this for each dragon; Travis chose black and blue and Veronika chose black and purple.

I wouldn’t normally recommend using hot glue on paper, but in this case it was the most secure way to glue one strip to the other, perpendicular to each other. Fold up accordion-style.

We then cut extra sheets of construction paper to be the heads and tails (rounding the heads slightly and cutting the tails into a triangle point). Use hot glue to add to either end of the body.

Just a few final touches were needed now! Veronika helped glue feathers and bright buttons onto each face, and we added additional features with marker.

Our dragons were ready to rock and roar.

We’re looking forward to the upcoming Year of the Ox!

Good bye to 2020; I don’t think anyone is going to miss it! We wanted to launch into the new year with the prettiest party possible from home, so put together these fun confetti poppers!

To start, knot a balloon and then snip off a bit of the end opposite the knot. Fit the balloon over an empty toilet paper roll and secure with duct tape.

Next, we chose a pretty patterned paper to cover each roll. After that, each tube needed some silly adornments! We glued wiggle eyes onto pom poms, which were then added to each tube along with twisted sparkly chenille stems.

These creatures were ready to party! Your kids might even want to name them. Popping Pat? Confetti Carly? Anything alliterative and silly fits the bill.

For confetti, Travis used a hole punch to make circles from sparkly construction paper (or cardstock would work, too). This was a neat homemade twist on confetti but took lots of effort, so we also added a few packs of sequins from the store. 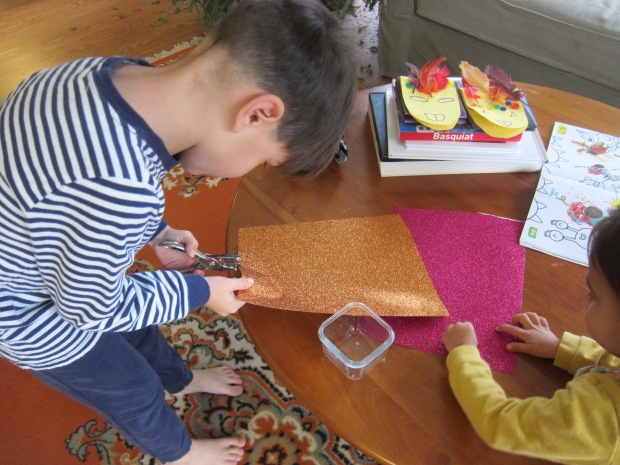 Now set the creatures aside until it’s time to count down to midnight! After that, the kids helped fill up each tube with the confetti. 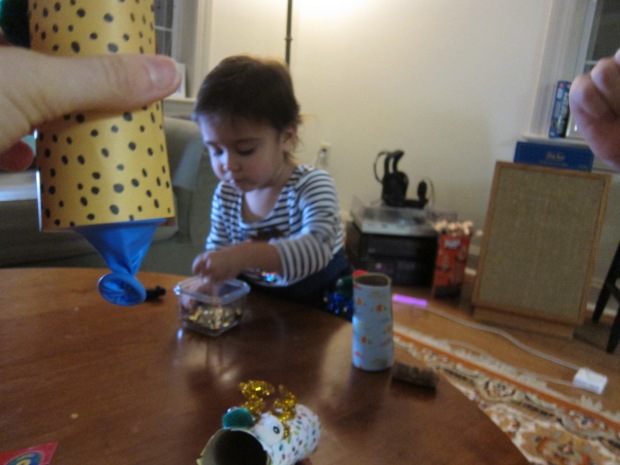 Pull back on the knot of the balloon to launch. Five, four, three, two, one: Happy New Year!

We are wishing a very happy and healthy 2021 to all.