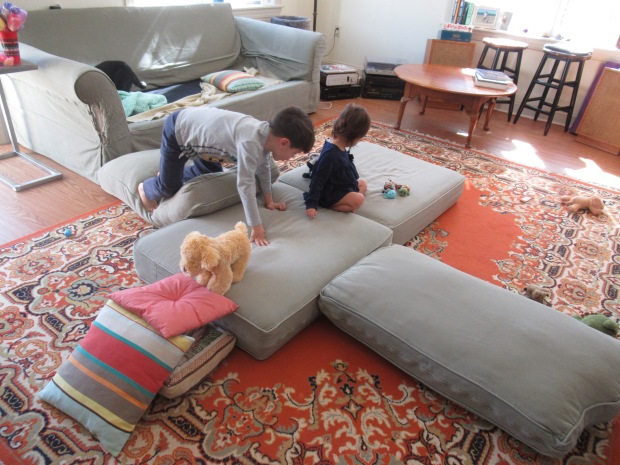 I pulled out all the couch cushions and simply told the kids it was an airplane, a little bit of imagination required; two long pillows formed the body and the two back pillows jutted off to the sides as the wings. 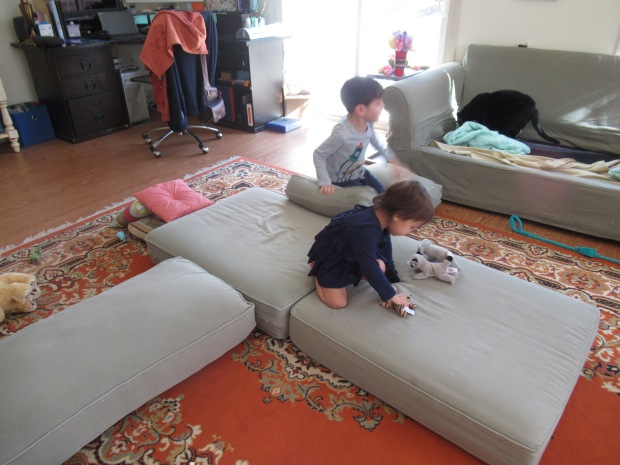 From there, the imaginative play was up to them! They added stuffed animal passengers, and got a kick out me taking on the role of pilot to make landing and takeoff announcements. (Depending how many times your children have traveled by air, you’ll likely need to model this for them before they pick up the lingo). 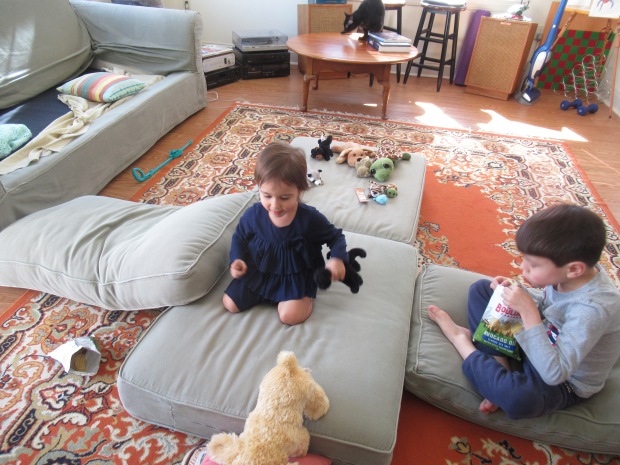 My passengers’ favorite part? Not just having a snack when the “concession cart” came along, but being naughty and eating snack on the wings!

If your kids are familiar with airports, they can make a much bigger game of this. Ticket counters? Security check? 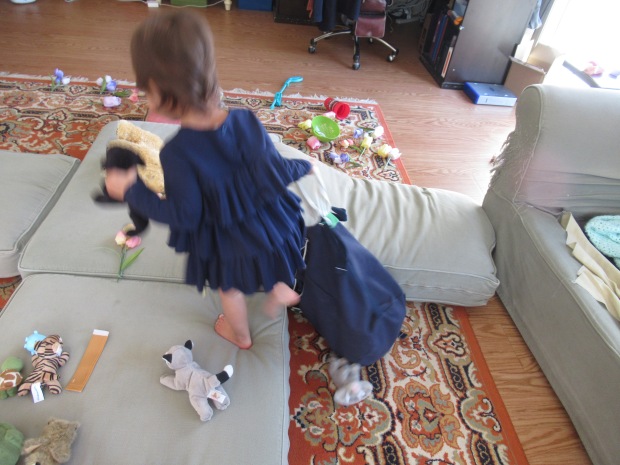 Veronika has never seen an airport, but she latched right on to the idea of baggage claim. We packed up a little suitcase with some of her summer clothes and I placed it on the edge of the couch for her to claim.

She quickly ran over and was soon busy unpacking!

Why stop at the limits of Earth’s atmosphere? A little more imagination and a quick switch-up of the pillow configuration, and it swiftly became a rocket instead.

We made pictures of the planets so we could decide which one we were zooming to.

This little astronaut needed her space suit on!

Again, your kids might want to get much more detailed with the game, especially if they’re older. Moon boots? Buttons and command controls inside the space ship? Experiments on board? We’d love to hear your how imaginative play goes, in the comments!